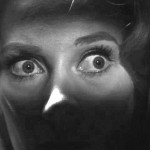 Groupon makes you buy the weirdest stuff.  Which is why I cannot be a full-time member.  That, and the fact I cannot stand being bombarded so much by strange stuff I don’t want to be enticed into thinking I need.

Anyways, just before Christmas I found myself signing up again to Groupon (I consider myself a “dipper” in that respect; I dip-in-and-dip-out of membership) and finding myself a bargain of a massage, and feeling in need of some treat-me time I quickly bought up a “Meridian Massage” at a place just down the road from me.

Now, it’s fair to say I am no stranger to massage and in fact have to see a physio at least every 4 weeks due to a neck injury from many years ago (I held a shot gun wrong and when it rebounded seem to have suffered a sticky neck ever since).

Anyways…I turned up today for my bargain Meridian Massage (£17 instead of the usual £60).  I was greeted by a lovely Chinese lady who asked me what my issues were.  Not wanting to take up her entire day, I just focused on my physical ailments and the reason for my appointment – which were my neck, shoulder and what appeared to now be RSI, or some sort of carpal tunnel syndrome in my right hand.  The latter of which has come on in the past few days and has seen me in excruciating agony and made it difficult to even lift a glass of wine let alone open a jar of jam.

She led me into a room and told me that I should have acupuncture.

“No, no” I replied “You don’t understand, I can’t do acupuncture, I hate needles”.

“No, no” she replied with equal zest “The needles are very fine and you won’t feel it”.

“No, no” I retorted and shimmied away from her.

“But it will be much more effective for you and this is a great opportunity for you with this voucher”.

“No, I really don’t like needles and really can’t do this” I said again.

“Tell you what” she looked at me “I’ll start and do a little and if you don’t like, you tell me stop and I’ll stop”.

My hand ached so much and she looked so keen and eager to make me better that I just found myself agreeing.

Laid face down on the bed in just my knickers I felt massively vulnerable and exposed.  She’s going to stick friggin’ needles in me, I kept saying to myself.

But my desperation for her to be right and me wrong kept me going.

Anyway, I said to myself, I remember reading that acupuncture needles aren’t proper needles –  they’re hollow or something like that.

At this I wanted to scream.  I didn’t want deep.  I wanted to know what was actually going to happen.  But I knew if I did I would chicken out.  Just take the pain I said to myself – you need the cure she’s promised you.

So I laid still as I could hear her moving about behind me.  I didn’t want to be scared.

THIS ISN’T HAPPENING.  THIS ISN’T REALLY NEEDLES WHICH ARE BEING INSERTED.

That’s what I told myself.  And instead tried to focus on a different problem.

I felt her finger press down firmly on my neck and then the tiniest of pricks – almost barely noticeable.  Was that it? I thought to myself?

But, then I started to get panicky – OMG I’m going to be like a porcupine.  I’m going to have all these needles sticking out of me.  I can’t move.  I better not move. 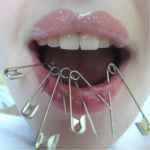 Those were all the thoughts racing through my head – and in that time, she had already inserted needles along my neck, top of my spine down my right arm and into my hand.

It was only the last one, just below the base of my little finger which hurt.  And noticeably.

So I told her.  She twiddled it.  It wasn’t painful anymore, just a bit uncomfortable.

Then she put a heat lamp on me and told me to relax.

RELAX?! How the hell can I relax I thought to myself as I laid there afraid to move for fear of puncturing myself further with a stray needle.

Given I was too scared to move and with the heat of the lamp I did soon start to feel soothed and within moments had dreamed myself away to some sun-drenched beach.

About 10 minutes later she came back to check on me, adjusted the lamp and told me to relax for another 15 minutes.

Surprisingly, the time passed quickly.  She returned to remove the needles – which was actually more noticeable than the insertion.  But it was just a tiny stinging sensation which passed after a few seconds.

She then checked the points on my neck, shoulder and back and said she was pleased by the progress.  Given I was still laid down and not wanting to move, it was difficult to pass judgement.

She then proceeded to massage my “Meridian” points for the next 30 minutes.

For the first time in my life my neck is not clicking.  Truthfully, this is an absolute breakthrough.  I am able to use my right hand again and I feel supremely and serenely calm.

I know this post is one helluva departure from my usual property stuff – but I had to share this, in case you also suffer similar pain.  Because honestly I am blown away and a complete convert now to acupuncture – and I’m more than happy to pay the full non-Groupon price!