I cannot think of a time in my life when I have completed a property renovation and said:

“Well, that didn’t take as long as I thought it would”.

And I cannot believe I am saying it now.  But I am.

This project was run differently to my norm, so I thought I’d share with you what I did to achieve ahead of schedule success!  And just in case you’re wondering – I thought this project would take at least 6 weeks to complete with additional workers and actually took just 5 weeks – with LESS workers!! 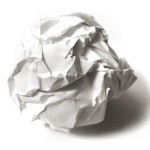 The original plan involved a different renovation and a different end result.  It also involved decorators – and I don’t mean me!  But things didn’t go according to plan and, I ended up decorating the entire 129 sqm (1390 sqft) property myself.  It was a BIG task.

What started as a ‘gap-filling’ exercise in-between appointments while waiting for the double glazing people to arrive, and project managing on-site for key installs – ended up with me doing the work.  That was not part of the plan…but then most plans went out of the window!  Agile development, I believe, is the software term for what ended up being my method of working! 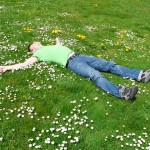 This runs contrary to what I would normally do.  However, due to other commitments (I’m also at the final stages of two other big projects and was launching my Property Investment book) I could NOT be on site every day.  Nor could I work really long days.  I literally had too much else on to be able to do that.

And all of this is the complete opposite to how I would normally do things.  Usually I would be on a project everyday and usually long into the evening.  However, this time around I learned the importance of ‘rest’ days – or rather ‘office’ days.  Especially when you’re not used to manual labour, these rest days are critical for re-building your strength and energy levels. 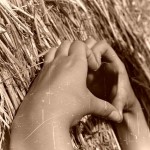 When you’re doing a property renovation that’s short on time and money the natural instinct is to do everything yourself.  The ‘rip out’ is something I usually take great pleasure in.  This time though, I didn’t feel it – I wimped out and paid someone else.  This was an immense source of relief for me, was money well spent and gave me a great deal of satisfaction.  I didn’t have to deal with the shit – so I could get on with other stuff I enjoyed.

I also always had the crucial back-up plan of getting decorators in.  When the moments came (as they did!) when I felt I’d I’d bitten off more than I could paint – I knew I always had a safety net and I could down tools at any time.

It still is now.  I am incredibly proud of what I achieved – especially when I had not set out to do that – nor had I allowed the time for it!!

4.  I decided how FAR to go from the outset 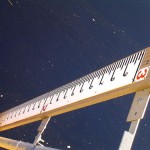 This was a buy to let renovation which means I am not creating a show home – it is a business asset.  Period.  I soon realised that by removing all of the wallpaper in the bedrooms and the knock on effect this had on my workload, that I had created a nightmare for myself.  Days were spent on preparation – scraping, filling and sanding walls – which by all accounts needed skimming, or having lining paper put up.

I learned quickly from that initial mistake and stopped myself removing any more wallpaper and painted over it instead.  It’s not a tip you will see featured in many property renovation articles – but then maybe people don’t like to admit their short-cuts.  The finish of these painted-over-wallpapered walls is probably better than the other walls where I removed the wallpaper and, took a quarter of the time and effort to get an equivalent result!

5. I regularly reviewed progress and planned next steps 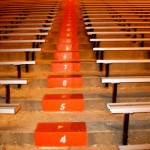 Because I was on my own most of the time, it meant I had to multi-task and be in several places at the same time.  Every night I would review what I had achieved and plan my work for the next day and beyond.    This meant I could get on with tasks in the correct order and not hold myself up while I was waiting for filler, or paint, to dry!

Appointments were scheduled and fittings were planned according to my progress – which I could map out in advance.  I knew my capabilities and what I could do within a given time slot.

6.  I learned the art of LITTLE BY LITTLE 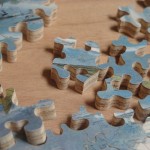 There comes a time in a project when you just feel totally and utterly overwhelmed.  You look around you and say: “WTF? How the hell am I going to do this?”  You want to run out, close the door very quickly and forget you ever started the project.

They were hard.  There were several times when I looked around at all the work I had to do and said to myself:

At that point I would take myself off into the garden, have a coffee and self-flagellate myself for a few minutes at my own stupidity.  Then, I would get back on.  I would turn the music up REAL loud and find a smaller chunk of the bigger task I could get on with – then I went to work on that.

Little by little, the whole started to take shape.  Before I knew it the ‘BIG’ task I had previously been so overwhelmed by, had been completed.  I learned the art of little by little.  It gains momentum.

7.  Everyday I pushed myself a little bit MORE 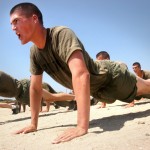 I’m quite a competitive person – especially with myself.  No matter what my daily targets – even when I had achieved them earlier or quicker than expected –  I pushed myself to do something more.  Even if it was to paint one more door, finish the paint tray I was on, or get to the end of a song.  And then when I had done that, I pushed for maybe a bit more, and then a little bit more.

Little targets once achieved, need to be re-set and pushed a bit further away.  Not much though – it’s very incremental.  It can’t be so that they feel too big or unachievable.  It’s just a little.  And that little bit of extra effort every day ended up creating much bigger and quicker results in the end.

8. I FOCUSSED exclusively on one project at a time

At the time when I was doing this project I had loads of other stuff on the go and, so trying to give it my full attention was tough going.  I therefore created a distinct separation between ‘office days’ and ‘site days’ – when I wasn’t in the office I was in site-mode and vice versa.  That meant my mobile was switched off, and emails and calls were only checked on my allotted break-time 4-5 times per day.  While on site, I would also only ever deal with office stuff on a ‘need to do now‘ basis.  My time at site was exclusively time at site and thinking about the property renovation.

Focus brought clarity of thinking and planning and, delivered better results more effectively and efficiently.  I didn’t have time to dilly-dally – stuff had to get done in the allotted time – otherwise it wouldn’t get done!  At no point did I allow the task to fill the time available – the time that was allocated and available was all that was allowed for the task to get done.  This was probably one of the most efficient uses of my time I have ever discovered.

9. I always kept the END goal in sight 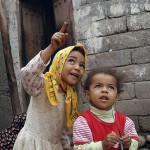 Everyday, especially when the going got tough and I hit the pain barrier (or rather the overwhelming ‘WTF were you thinking!!!’ barrier), I would remind myself WHY I was doing what I was doing.

I would focus on the end result.

It was this clarity of the end goal as a deliverable which made it easier to visualise and to complete.  And most likely spurred me on to complete – ahead of schedule!