Glancing through the latest Allsop property auction catalogue, my interest was piqued when I saw a modern three bedroom house with a guide price of just £80k. As the sun was shining I decided to pootle over to Suffolk to take a look. 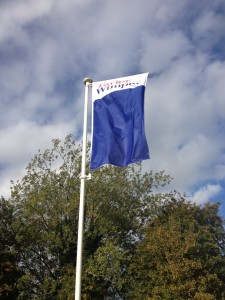 Now, I have to say that is pretty unusual when it comes to auction properties. Council estates are par for the course – but new builds – nope they’re not really the usual stuff of auctions.

Given the property is located in a Suffolk village, in the middle of what would appear to be a very nice modern housing estate, I was therefore rather taken aback by the shuttered up windows and doors. As I am sure the neighbours must have been when they woke to this sight.

Now shuttered up properties are de rigueur in many central London places for fear of squatters – but here in rural Suffolk?

Well, I have to admit I then found myself pondering just how bad an area it was for such drastic security measure to be taken. Maybe I had been taken in by the sleepy, suburban surroundings and actually this area was in fact smack-head central?

I noted the neighbourhood watch stickers and pondered some more….unless it was a swinging centre gone wrong?

Anyway, all ponderings on the criminal, intimate and otherwise unintentional going-ons of the neighbours were put to one side as I made my way into the property. As you would hope (although not expect – this is an auction property after all!) the property was modern and in almost move-in condition save some cosmetic improvements. 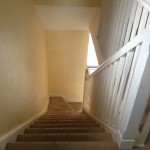 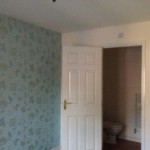 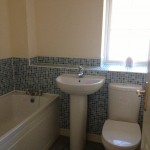 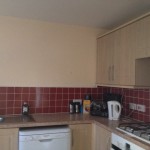 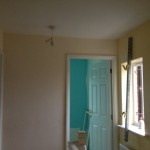 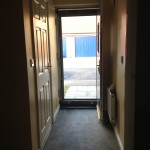 But it was in the lounge where I really got confused.

Perched centrally in the space, and in such a fashion that the home-owners could not yet afford a sofa, were two canvas chairs. Next to them was an electric halogen heater. On the window sill was a small flat screen TV. To the other side of the room was a cage. And a distinct pong of dog. 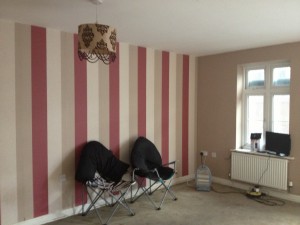 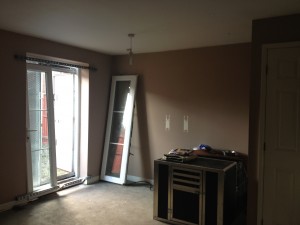 Hmmm. ‘That is odd’ I mused to myself. However, I didn’t. I actually said that out loud and in a rather more accusatory tone than what I had intended. And I did that to the auction viewer:

“I don’t get it” I said to the viewer, nodding my head towards the lounge furniture: “Why are there two chairs there, an electric heater and a cage for a dog. What is going on at this property?”

Fortunately I stopped my question there and didn’t mention my previous ponderings on the drugs cartel and out-of-control swingers’ parties which I had been conjuring up.

Sagely he turned to me, as if letting me in on a secret:

“It’s security” he replied. “They have around-the-clock security here with men and dogs”.

My eyebrows shot up. Good God, had I been right? Really was this property the operational heart of Columbia’s finest?

Before I could ask any further questions, my face must have given the game away that I was onto something…

I leaned in closer ready to listen very carefully. I could feel my mouth salivate and my ears tingle as I waited for the tales of debauchery to unfold.

“It’s a void mortgage” he proclaimed.

“What” I took a step back as if he was about to punch me. I looked at him quizzically as though he had just asked me my name in Mandarin.

“I don’t really know enough about it to tell you more, but the security is because of this void mortgage company”.

Hmmm. I nodded at him.

“But what is a void mortgage company?” I enquired while still nodding at his not-knowing-ness and my pretence that I knew what he was talking about.

“I don’t really know, I’ve heard they’ve got some videos on YouTube but I don’t know any more”.

I think it’s a plotline that would’ve even challenged Dan Brown, which is why I find myself really quite befuddled. If I follow the plot correctly:

The banks have conspired to create fake money out of thin air which they have forced us to fraudulently borrow by using our signatures on promissory notes via power of attorney authority which many of us never knew we had given them. In return the banks charge us interest for borrowing this fraudulent money they never had, but which we now have (I think) and which we owe. But actually, we shouldn’t owe because the mortgage is void.

And I know this may all sound a bit far-fetched – but let me tell you this – there’s something not right. Because that level of security at that type of property in that type of location just ain’t right.

Answers on a postcard anyone?