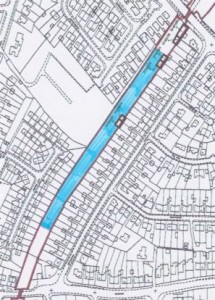 I guess it’s difficult to convey the magical allure of a railway embankment for sale in Stoke on Trent.  Which is probably why the auctioneers have included what appears to be a hand drawn colouring book entry of this lot for sale.  While it looks like something your 5 year old would produce, it’s actually a sizeable 1.3 acre bit of land up for grabs – although it is incredibly long and thin.  And, I had imagined, would run along a railway line – although I cannot see any tracks drawn on here.  Anyway, if you can think of a use for it, it’s got a guide price of £2,000 at auction.

Catch Me, If You Can 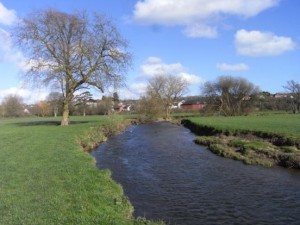 In the USA they may have the right to bear arms – but that’s nothing compared to this lot for sale that has the “Right to Fish” – which if you’ve seen the price of pollock in Waitrose nowadays you’ll know is a bargain.  Admittedly, with a guide of £14,000 you’ll have to catch a few zillion shoal to start making your money back on these Fishing Rights on the River Exe.   But at least you get 440 metres of them and I hear the brown trout and salmon is very good in these parts. 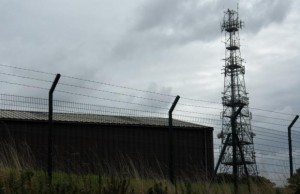 I’ve always fancied a sweeping drive to sweep down, so my eyes lit up when I saw this telephone mast is “approached by a sweeping tarmacadem track”.  Admittedly, I hadn’t quite envisaged this as my dream property – but you do also get a stone archway on the 0.74 acre site.  And while it may be in Huddersfield with a guide price of £240-250,000 it does bring in an annual rent of £44,251 which will pay for a few telephone calls. 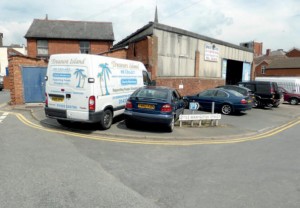 Whenever you go to Hereford, parking can be such a bind – so much to do, but so little space to park your car.  Well – not for much longer, if you manage to get this lot of seven car parking spaces.  OK so £40,000 may seem a bit steep for parking in the centre of Hereford – but the spaces are currently let out on annual licences producing £3,300 per annum.  I’m not sure how you’d police this corner strip of land, but I reckon if you turned up with some clamping equipment, or dressed up in a traffic warden’s outfit you’d soon show them who’s the boss.

Can’t Hold It Any Longer 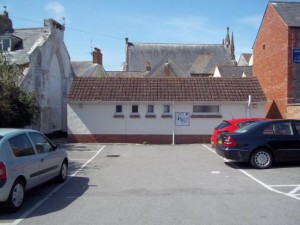 I don’t often get to use overly long words when describing auction lots for sale, but anybody who has ever really needed the toilet and not been able to find one will understand the trauma of toilet induced Transmogrification.  Really (and I mean really) needing the toilet when you can’t find one changes you.  And not for the better.  Delirious is probably an apt description.  Which is most likely how you’d feel if you manage to bag these former Bridport loos for £30,000

Love, Love Me Do 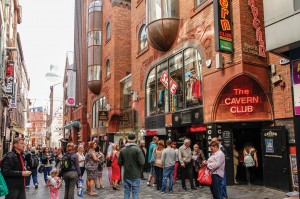 Getting bang for your buck is key – so this lot which includes a shopping centre, music venue, nightclub plus 80,088 sq ft of office accommodation and basement car parking seems like a pretty well stuffed roast chicken dinner.  And the gravy on top?  The music venue is the world famous ‘The Cavern Club’ which is synonymous with The Beatles.  And if you want a bit more name dropping; Vivienne Westwood is a retail tenant.  And it gets better – off a £1m+ guide, the annual income is £1,144,093. 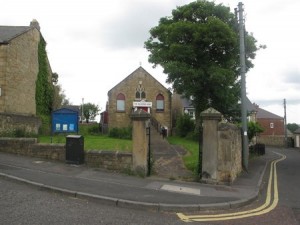 Whenever I go to the local pub for a glass of wine of an evening, I find myself closely followed by a smartly dressed man from the Salvation Army.  He always tips his hat at me, proffers his jangly, plastic collection tub and tries to peel a rosy red sticker to affix to my frontal region.  I have often wondered if he is following me.  I now know he is lost.  His Salvation Army Hall is up for sale at £85-95,000.  It’s in Tyne and Wear.  I’ll have to remember to donate an extra pound next time he follows me. 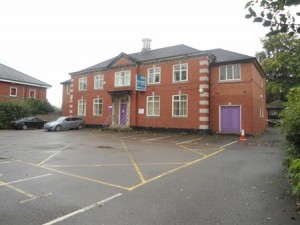 I haven’t watched Judge Judy but I’ve heard she makes a shed load of money, lives in a big mansion and has a private jet.  Which is what attracts me to this magistrates’ court in Sandbach, Cheshire with a guide of £275-300,000.  I’m not sure if I’m allowed to just open up the court under Judge Sam’s Rules, or if I can make up my own laws which people should abide by.  Either way it’s a damn good dream and one that makes me feel I should bid. 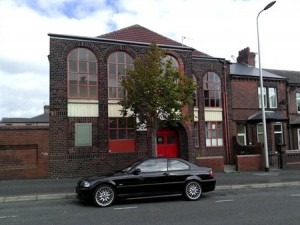 When you think about it, it’s surprising more people haven’t combined Worship with a Workout – which is what I thought when I saw this former church was now a gym.  Makes sense.  I thought a name like “Flex Appeal” had success written all over it, although maybe it was a step(aerobic) too far for the congregation.  Anyway the £40-50,000 guide price seems good value compared to most annual gym memberships, although you will have to travel to Barrow-in-Furness, which unless you live locally, should keep you fit. 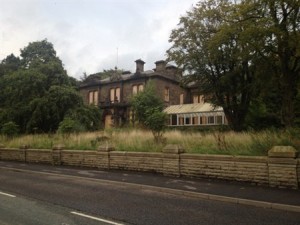 Horncliffe Mansion is billed as a former stately home which was used as a wedding venue.  Emphasis being on the former.  Shabby chic may be a look you can pass off for overly priced scruffy furniture, but I’m not convinced fallen through ceilings and boarded up windows have the same chic allure.  Of course I may be wrong, but I’ve seen enough episodes of “Don’t Tell The Bride” to know what will flip a once happy, blissful bride-to-be into the bitch from hell.  Some of those grooms are such pranksters though, and the guide on this place is £350,000+.