So I started this morning by checking the unsold lots at auction. Unsold lots can be a great source of after auction property deals and in most cases the reserve price is disclosed – meaning you know what you can buy the property for.

I happened upon a split-level two bed flat with a car parking space in Kettering which had a reserve of just £30k. Now I know Kettering is not the most exciting place in the world, but a two bed flat for just £30k is too cheap. Plus, it looked like an interesting industrial conversion located close to the town centre. A comparable property was on the market for £75k and research suggested the rental could be around £400-450pcm. 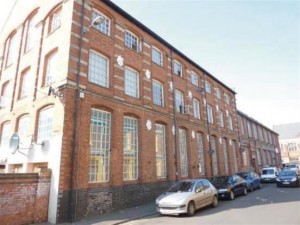 Given it only reached £28,500 in the auction room I was intrigued and so downloaded the legal pack to check further.

I was surprised to see the flat had a long lease, which had been the first of my concerns.  I was also interested to see the building had only been converted c. 2006 and so this was a relatively recent conversion.

Which I thought boded well.  But, something didn’t add up.

So what on earth was going on?

And £68,000 buys you, what would appear, the right to be a complete a***hole and charge administrative sums of money for answering questions.  But, you don’t get to ask many questions.  I think, it was two questions the solicitor raised with them.  To which the Freeholders replied:

“This correspondence has been too voluminous.  Please let us have a cheque for £210 to cover our costs of answering what now seems never ending questions”

Which I was pretty gobsmacked about.  And reading the subsequent letters from the solicitors, so were they.  Out-of-order would be my opinion.

And being a Freeholder means you get to organise a variety of services and surveys which you can then charge additional fees on for supervision and management.  Oh – and you can organise your own insurance and add another healthy margin for the privilege.

But it was the planned major works bill which almost ripped my eyelids off.  Seriously, they peeled and pinged so much I’m still trying to get them off the ceiling now.

Remember this building was converted just 7 years ago.

Remember there are just 24 apartments.

The planned costs for the major works?

Over ONE MILLION POUNDS.

Which I thought was fricking astonishing.

Fortunately, the Section 20 was included in the legal pack – which is the Notice of intention to carry out works, and which the Freeholder must send to all Leaseholders when works are expected to cost over £250.  Well, given the cost is predicted to be over £41,000 per flat you would hope you get consulted.

But having read the S20 notice I felt more insulted than consulted.  If you want a description of the works which are going to carried out under this agreement, then you have to make an appointment “during normal business hours” to view them at the Freeholders office in London.

However, the Freeholders have at least provided reasons why it is necessary to carry out the works, which I think are aptly summarised in the following point:

“The building is not safe”

And if you don’t believe them, they have included what can only be described as a voluminous surveyor’s report, which they refer to in their reasons for the work:

Which it didn’t, but that could be because I gave up the will to live when I started reading it.

And I honestly believe if anybody had to deal with such tyrannical Freeholders, they would also very soon give up the will to live.

Which is scary – because these Freeholders are really scary.  They make no bones of the Leaseholders they are taking to court for non-payment of service charges and ground rent – and that is before they have even started these major works.  And frankly, when that starts I think it’s going to get even scarier.  Because not only do they suggest the works will cost over ONE MILLION POUNDS – they also want to collect an additional contingency.  And that really is scary.