So you know how the story goes: you go on holiday and start to ponder about staying on holiday.

Before you can say “Dos cerverza por favor” you find yourself lusting in an estate agent’s window.

Which is how this adventure started.  Kind of…

In truth, it started with admiring the flower arrangement from the balcony:

Then it progressed to me musing to my friends about a Marbella themed blog post.  Several crap ideas (and bottles of Spain’s finest red) later, and we had struck upon a winner.

Aided by wi-fi and some Dutch courage we decided upon a housing hunting trip.

But this was not to be any old run-of-the-mill(ion) house hunt – we were going to do it in style: Marbs style.

And so, rather late that night, Lucas Fox found themselves to be the lucky recipients of our viewing request.

The next morning I was more than a little surprised (and incredibly delighted) to have already been emailed, texted and called to organize the viewing.

This was service, with a capital ‘S’.

And it was a service that also included being collected from the hotel and being taken for lunch.  At this point, I felt it only right to admit I had my ‘entourage’ in tow.

They didn’t even bat an eyelid.  Which is more than can be said for my friends’ epileptic eyelashes when they heard the news.

Stephen, the Director of the Marbella office, was our guide for the day.  And what I now don’t know about the Marbella housing market is, quite frankly, not worth knowing.

So the house we have selected to view is in the La Zagaleta area of Marbella, which is super- uber- ultra- exclusive.  The whole area  (we’re talking 1000s of acres which includes hunting, fishing, shooting, golf courses, stables and such ilk) used to be owned by Khashoggi, the infamous playboy arms dealer who threw the most lavish parties known to man and who rubbed shoulders with politicians and royalty.  Which means security is tight.  And I mean really tight.  Which is most likely why Putin is building his mega mansion here.  And why Saudi royalty, politicians, world-renowned celebrities, incredibly rich and powerful people live here. 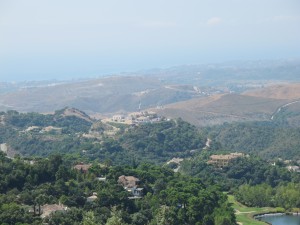 Anyway, the provenance only adds to the allure of the area.

Nestled in a nature lovers’ paradise atop Marbella town, you can stand looking down on the world, and feel a sense of tranquility and security only money can buy.  Plus, easy access to the local heli-pad.

Here in La Zagaleta you are cocooned and cushioned.   Albeit at a cost – the service charges are tens of thousands per year and that doesn’t even buy you golf membership.  Plus you need to have the right kind of money.  Buying a house here requires pre-approval by a select committee and not everyone can get in (although I’m not sure I fully believe that, as money in Marbella appears to buy everything).

Which is why this mansion is on the market.

As we’re in the area, Stephen wants to show us a mansion for sale which was built with love and an enormous amount of money.  The current owner built it for him and his fiancé to move into, but sadly they split before the move-in date and the mansion listed at 5,450,000e has never been lived in. 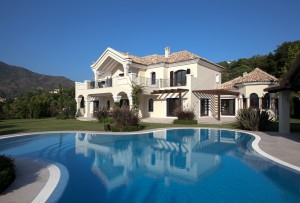 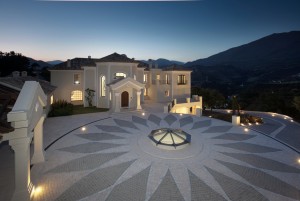 Which seems a crying shame as it really would make a fabulous family home.

Offering space and style, this mansion has a cosy, homely feel, which I think is pretty hard to create in a house occupying some 14,262 sq. ft. but it does it in spades.  From the glamour of the sweeping staircase to the snug feel of the many seating areas, to the fun themed guest bedrooms to the luxurious spa area, the cinema room and the plush internal garage floodlit by an atrium style hexagonal skylight to the blue skies. 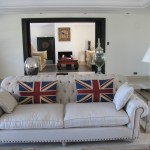 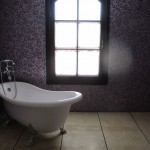 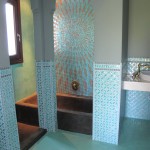 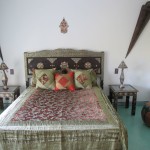 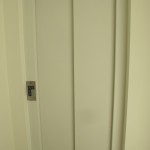 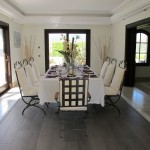 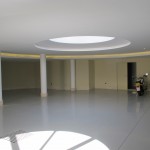 This is the perfect hide-away luxury family home.

And it goes without saying that it comes with ample staff accommodation, a swimming pool and a lift – which I soon learnt were ten-a-penny in the multi million pound Marbella market.

Then it was onto our 15 MILLION EURO mansion of choice…

The magic of this mansion is best captured in this off-the-cuff phone video, which unbeknownst to me, my friend was taking just as we entered.

Listen to the audible *gasps* and watch the magnetic pull of the view.  It was spell-binding.  Hypnotic.  And finished off nicely with an infinity pool.

Just imagine opening the door and seeing this:

Truly, it was breathtaking.  The views and the plot are jaw dropping – and the house? 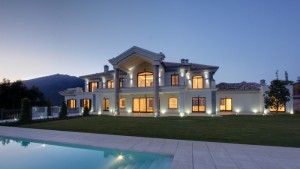 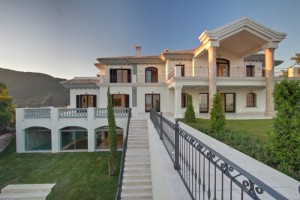 Well, given the umpteen bedrooms, bathrooms, copious living accommodation, indoor and outdoor pools, cinema room, spa area, party area and everything else which could fill an entire blog post – it needs to be seen to be believed. 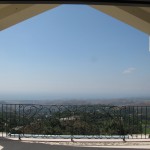 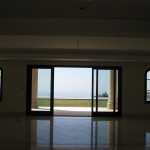 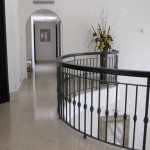 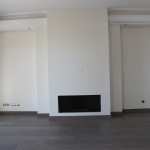 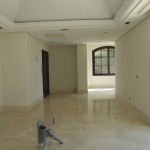 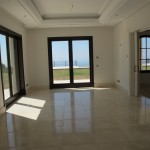 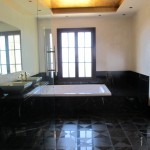 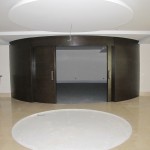 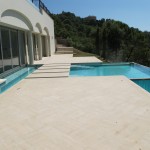 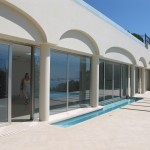 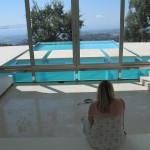 But no amount of photos can possibly do justice to these multi-million euro mansions.  Because while they are beautiful and photogenic, they are so MUCH more;  they are an experience.

And my God, what an experience.  What a life!

But sadly, until I win the rollover lottery, I don’t think I’ll be bathing in this glorious tub anytime soon:

PS. I do have to say a HUGE thank you to Lucas Fox who made this possible – I just hope one day I will get to test out their exceptional services for real!