God I am so shallow.

Show me a pretty looking house and I am there. 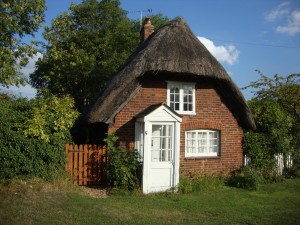 Which explains why I found myself in a little village called Soulbury, just outside Leighton Buzzard.

And if I am truthful the Leighton Buzzard connection did put me off to start with.  Then I checked the map and saw it was closer to Milton Keynes than Luton.  And I decided I could cope with proximity to roundabouts.  Even if there are lots of them.  And all they do is go round.

So anyway, I decided to pay Leighton Buzzard a visit en-route.  While I noticed the locals have an overzealous connection to the use of Zs (Snipz & Buzz Booze spring to mind) I did also note the location of the trainz station.

Because here’s a little factoid you may not know: you can get a train from Leighton Buzzard to London Euston in just 34 minutes.  I think it’s probably called the ‘Z Express’.

Anyway back to the cottage.

Guided at £120k in an area where a typical Victorian terrace sells in excess of £250k had my proverbial Z juices flowing.  As I often do, I had taken a copy of the title plans for the cottage, so I could compare the actual boundaries to those held by land registry.

The first point I noticed upon arrival, despite the gorgeously cute appearance of the detached cottage complete with an idyllic white picket fence, was that the bit of land in front of the cottage, and which you needed to cross to access the cottage was not included in the title plan.  Nor was there any mention in the title documents that you had a right of way over the land. 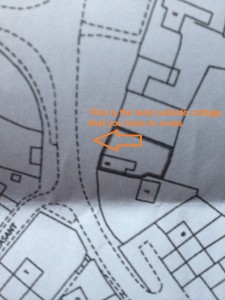 That was problem numero uno.  If you do not have access over the land to the cottage, the property is in effect landlocked.

Problem two was that I could not find anywhere to park.  And it seemed wrong to just park on the green.  So I parked my batmobile outside the neighbour’s house in a close opposite.

This was not a good start.

However, the sun was shining and the cottage was so heart-breakingly cute, I tried to look past these major flaws to check it out further.

Letting myself into the garden at the side I was excited to see the trees (which have a preservation order on them) were located at the external boundaries, which was at least one less issue to contend with. 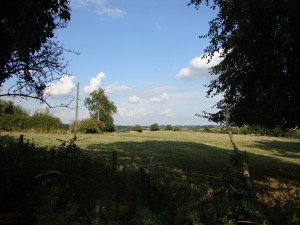 Then the agent arrived and opened the door.

And that’s when the chocolate in my chocolate box dream melted.  Now, I know old cottages like this are dark, have low ceilings and small rooms.  But, given I am just 5ft 2” tall I don’t often find this to be a problem.

But in this cottage it was a problem.

If you were 2” taller than me (and most people are, apart from small children who still have some growing to do) then you could not stand up.  And maybe I am being picky, but I tend to find most people want to be able to stand up in their homes.

And the ceilings were so low I even started to feel claustrophobic.

So I told myself I was in a model village and this was a dolls house.  Although a hobbit house may be a more accurate description.

Making my way around the cottage I was not surprised to find it in a state, which was what I had expected.  However, what I had not expected was to enter the bedroom through what would appear to be a wardrobe door.

No, I think wardrobe doors are probably bigger and, I believe, lead to Narnia. 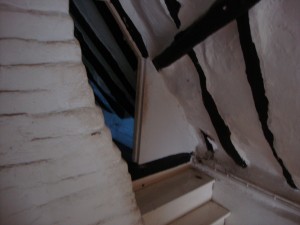 Slithering my way along, what an estate agent would call a ‘hallway’, and having to clamber over the chimney to gain access to the bedroom, is not what I would call ideal.  And nor was the bedroom which, despite it’s vaulted beams, had mammothly restricted head height making the space pretty unusable.

Which is a bugger if you wanted to use this bedroom as a bedroom.

Although trying to find where you would put a bed would probably be the least of your problems as I don’t think you could even get it up the stairs, let alone along the “hallway”.  Of course, if you took the stuffing out of the mattress and disassembled any bits of the bed to be less than 50cm long then you may be OK.

And, in fact, wardrobes are probably highly overrated anyway.

So I stood wondering if anything could be done, or if in fact I wanted to do anything at all.

But the major problem is the Grade II listing – which I get and respect.  This is cute and quaint.  But actually living in it?

And so having decided that a hobbit house was too niche a market for me, I collected my batmobile from the neighbours drive and spedz off.