If I’m honest, for the past few months this whole book publishing deal has felt pretty unreal.  In February I signed the contract, in March I submitted the final manuscript and then…well since then I have just been waiting.

Which kind of makes the whole process feel pretty unreal.

And then last night I attended the publishers summer party. 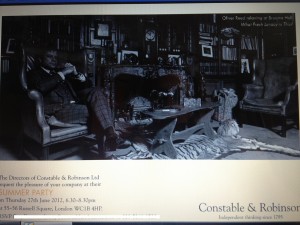 And I met REAL people.  Like REAL people who work in publishing and who publish books.  I won’t pretend that I have learned anymore about how a book gets published, or what actually happens behind the scenes – but what I do know – is this is REAL.

And that feels REALLY fabulous – because this is REALLY going to happen!

And I can’t tell you how *relieved* I feel, because I think I have been wondering over the past few months if maybe I had imagined all this and did I actually really write an entire book and was it really going to be published.

But now, I have met the REAL people who are going to make my book REAL.  This isn’t all some story I have made up in my head.  This is really going to happen.

And that just feels so UNREAL!!!!