Ten years ago, at the ripe old age of 27 we decided we would buy a holiday home in the Canary Islands.

At that time we thought we were being wise.  We had recently bought our first house to live in and flushed with early career success we decided we should plan for the future.

The plan was: we’ll buy a house in Fuerteventura where the sun always shines.  We’ll take a mortgage, rent the place out to other people (which will cover the mortgage payments) and Hey Presto in 20 years time the property will be paid off and we’ll then be free to live our retirement mortgage-free in the sun.  It wasn’t a fancy or big property.  It had two bedrooms, a little garden front and back and a big communal pool – which was all we figured we needed in retirement. 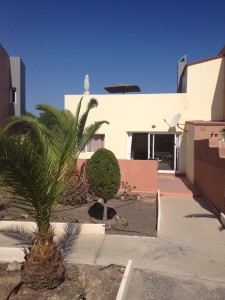 It was a pretty simple plan borne of no investment experience – it was just a dream of a different lifestyle and a plan for the future.

And like all good plans, the plan hasn’t gone according to, well, plan.

In the beginning, the plan seemed to work.  For the first couple of years, the house was rented out long term for 750e per month plus bills on top.  That was great as it covered the mortgage payments – and the debt on the property was decreasing all the time.

The location of the property in the main resort and the huge pools and tropical gardens (and the reason why we had bought the property) were a major attraction and always ensured we had tenants lined up to rent it. 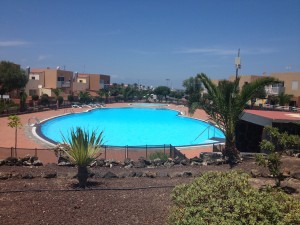 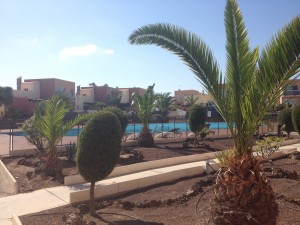 Then out of the blue, the economy started to weaken.  More properties became available for rent and demand started to dip.  At the same time, our huge pools – and which had always been the major draw to the complex – developed a series of faults.

The pools went out of action for some years.

I forget how long – but it was a seriously long time.

The complex started to fall into disrepair.  The beautiful tropical gardens no longer looked so tropical.  The management of the complex were sacked overnight and a new committee formed.  Owners stopped paying their community fees and properties started getting repossessed.  This was now at the time when the crisis started to hit across all of Europe and the rest of the world.

The property which was to be our dream retirement home, quickly became a noose around our neck.  The mortgage rate increased and our payments almost doubled – and due to the fact mortgages are calculated annually – the reduction in interest rates meant nothing to us.

Trying to rent the property became an on-going battle.  Demand was low and supply was high.  It meant a colossal reduction in prices.  The going rent dropped to 380e per month including bills.  HALF of what we had been achieving just a few years earlier.

The pools, which had always been the star attraction, stood empty.  There was no money to fix them, let alone fill them with water.

It was a dark period. A very dark period.  For years money flowed out of our account to pay for a property we no longer wished to own.  But there was no escape.  Nobody was buying property – and we quickly learned the real meaning of property being “illiquid”.

I remember visiting the island during this period and seeing the complex, the empty pools and my property which had been rented to some locals.  If I could have handed the keys back at that point, I would have.  I could not believe what had happened to our dream – it had become a nightmare.  And it was a nightmare which we were paying dearly for every single month.

And then, much to the surprise of everybody, the new committee won a court battle against the original developers to fix the fault with the pools.  Over half a million euros was awarded to the complex to make the necessary repairs and get the pools up and running.

Six months later and the pools were fixed and filled.  Full-time gardeners were employed to tend the tropical gardens which soon started to flourish.  People began to return in their droves to enjoy the homes they had bought with such good intentions.

The community became one of the richest and best maintained private complexes on the island.

I decided to take back control of my property.  I sacked the letting agents and spent a considerable sum of money to refurbish the property.  I decided to let the property myself.  Within a short period of time I had made it to number 1 on Tripadvisor and was taking bookings over a year in advance.

All was so rosy.  I was over the moon. 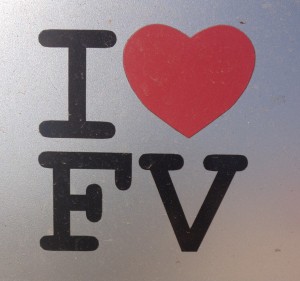 Then the Spanish government got desperate for money and decided they would enforce a little known law: no private property without a special rental licence could advertise a property for a short term let.  If you did and you were found out the fine was 15,000e for a first offence; 50,000e for the second.

Of course, the simple solution would be to obtain the licence, which I was happy to do.  The problem was – the government were no longer issuing them – and had in fact, stopped issuing them some 6 years previous.

Overnight I pulled out of the market.  I spoke to lawyers, letting agents and friends on the island to find out what I could – but the situation was (and still is) unclear.

I discovered I was allowed to let the property to friends and family, but if I got caught advertising the property for holidays I was up for a fine.

Honestly, I could not believe it.  But, it was a risk I was not prepared to take.

And so the dream of holiday home ownership has now entered a new stage.  As I sit here now writing this basking in the sun and looking at the rippling turquoise water in the pool and the swaying palms do I have any regrets?

There are things I know now, which I wish I knew then – but that is the beauty of hindsight.

When you think about buying a holiday home, think about it as a lifelong purchase and be prepared to pay for it year in year out.  I think that is the only way to avoid your dream becoming a nightmare.