OK so I should know by now what tenants want…

But to be honest, I have been so busy lately with the sale of my letting agency, when one of my flats came available I didn’t really have the time or headspace to properly think it through before re-marketing the property for let.

So the flat has been lived in for over 4 years. It was left in a clean and tidy condition.

We did some viewings on Friday and on Monday I contacted the viewers for feedback…they were not impressed.

“Dingy” was the word used to describe the flat.

I was quite horror struck.

This flat has magnolia walls, white ceilings and woodwork, a modern white kitchen and a modern white bathroom suite.  How on earth can it be described as “dingy”.  It’s not some dark, dank, subterranean basement. 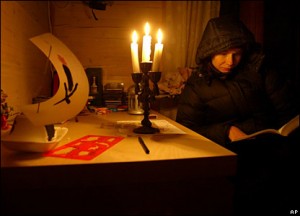 I mulled on this and got more and more wound up.

I tried calling some decorators to go and redecorate to the place to make it less “dingy” but nobody could fit me in for weeks – which when a property is empty is going to cost – my ethos is “empty properties are expensive properties”.

And so, at 4pm on Monday, I finally cracked.

“Sod them” I thought to myself “I’ll go to Wilkinson’s (my closest local paint supplier) buy a bunch load of “non-dingy” paint and then I’ll drive there and paint it myself”.  OK, granted, I needed to be back in London 33 hours later – but seriously how hard could this be!

I would prove to any viewer my flat was NOT dingy – and to any decorator it would not take DAYS to paint the flat.

In fact, I was so determined to prove the non-dingy facets of my flat I scoured my attic for any NON-dingy pictures and mirrors I could hang to show off the “non-dingy” appeal!

And with a car full of paint and pictures I set off for Newcastle Under Lyme at 5.30am on Tuesday

At 9am I had arrived with several large bags stuffed full of all manner of “un-dingy-fying” supplies. 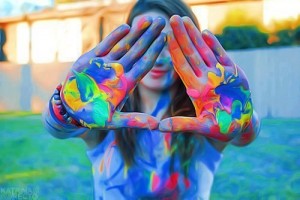 By 9.05am I had decided I had lost the plot:   The flat was dingy…and it would take days to paint…

I didn’t have days…I had hours…28 hours to be precise (not counting sleep!)

At 11am I decided I hated the furniture in the flat – so I phoned my rubbish guy, who came to collect it and ordered some more off ebay (for delivery that night).

At 3pm I decided I needed new blinds and curtains. So I razzed up to the shops and like a shopaholic on speed bought an abundant variety of styles and sizes.  Unfortunately, I had failed to equip myself with a measuring tape so I decided to work on the laws of probabilities – *buy lots* and, by the very laws of nature, some will fit.  The rest can be returned!

At 7.30pm my new furniture arrived (in which I had a mild heart attack as they had dismantled the furniture for transportation and I have never so much as put ANYTHING together before – let alone anything to do with an *alan key*!!!!!) 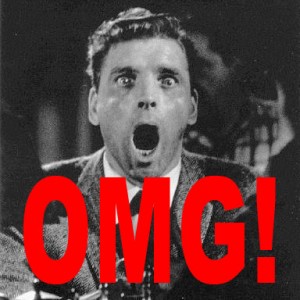 At 7.45pm I got to grips with the alan key and twisted and turned various bits until my fingers were sore

At 8.30pm my handy man arrived to help me put up the blinds and pictures (in my careful planning I had forgotten the necessity for any tools which would later prove useful..such as a screwdriver, hammer, drill and so on…but I did have a lot of PAINT!)

At 11pm I could no longer move my hands.  I tried to search the internet on my phone to find a delivery company for take out – but could not even type into the screen! So I gave up and walked to the Chinese for a take out.

5.30am saw me wake and enter a frenzy of glossing and cleaning.

I had no mop – so hands and knees and a cloth were the order of the day. My floors were so bloody clean you could eat your proverbial dinner off them!

I got my favoured Vax from storage and washed the carpets to within an inch of their fibre being.

At 5.30pm viewings were conducted and both viewers LOVED the flat.  In fact, both separate people want to make applications on the flat.

Their feedback: the flat is so lovely and “bright”.  Not “dingy” – BRIGHT! 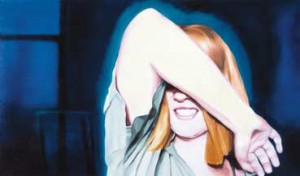 The moral of the story:

Anything is possible…you just have to believe you can…and get on and do it!