There comes a time in every girl’s life, when you’ve passed the age of 30 and you say to yourself – there must be more to life than researching the latest anti-wrinkle cream and most fashionable outfit to wear which will transfer from office-wear to sex-kitten on the pull at night.

So my revelation came just recently – and it was in the form of a detached cottage in Wales going to auction. 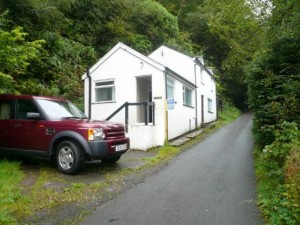 Admittedly, it’s not really much to look at –  but let me tell you the details: it’s a 2 bedroom detached cottage, situated on the edge of Snowdonia, with an acre of woodland, a parking space and an open fronted log store.

In that moment – I was there:

I was there snuggled on a comfy sofa, in a Slankie from QVC with my latest knitting pattern in front of a roaring wood-burner.  The logs had been deftly and expertly cut by a hunky, chisel-jawed man who spent his days wondering the woodland looking for trees which would benefit from an ecological trimming to stoke my ravenous wood-burner.  My well-tended vegetable plot would abundantly and spontaneously produce a miraculous amount of food which would be enough to supply a local Sainsbury’s, and would provide me with bountiful feasts to please even the most capricious demands of Hugh Fearnley-Whittingstall.

In the kitchen sat an aubergine Aga where my friends and I warmed ourselves from the outside world and talked about “girl stuff” and quaffed large quantities of wine.  Mornings would be full of rambling walks through the countryside in the sun (the sun would always shine) and we would collect berries and fruits from the local bushes to make jam later.  In the afternoons we would use the pine kitchen table to make crafts and discuss our girl-crush on the dexterous craftiness of Kirstie Allsop.  Then we would drink loose-leaf tea from a tea-pot with a knitted Cath Kidston inspired tea-cosy, before continuing another evening of wine appreciation around the ever-warming Aga.

And so I was there…

I had “mentally” moved in.

The morning of the viewing started well.  The hail storms which had greeted me the previous evening as I crossed the Welsh border and which had woken me at 5am, had now dissipated into a day full of crisp, glorious sunshine.

I had arrived in Wales the night before to avoid the traffic – and to make the FOUR AND A HALF HOUR journey appear shorter.  The trick had worked – after a good night’s sleep, I convinced myself – the feared protracted journey had indeed, never really happened.

I ambled around the nearest local town (my cottage was located in a hamlet of just 15 houses) choosing my soon-to-be local food suppliers (no big Tesco’s or mean supermarket chains in this part of the world).  I had sourced a good local butcher, green grocers, cafe, restaurant and pub, and found out about local events and groups and above all else – I had found myself an Aga shop!  I quickly introduced myself to the owner, proclaiming to him that I would soon be in to make my very own purchase in the near future.  We talked long and hard about the benefits of Aga cooking, of the newer Aga’s being powered by economy 7 electric and of the Aga cooking classes they held – and which I announced I would soon be attending.

And so with all necessary research under my belt I was off to my viewing.

Needless to say at this point, the small details of the legals being particularly alarming had been put to one side.  It was a minor point that the cottage seemed to have been built on land which didn’t appear to belong to the actual land title of the cottage – I had an acre of woodland after all!

So here is the view from my back door – the rolling hills of Wales can be deliciously enjoyed while sipping a sumptuous glass of Red – I am sure you will agree. 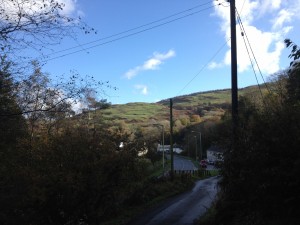 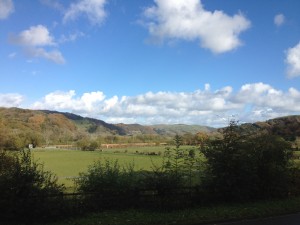 And here is the tree-lined road next to my cottage which I will amble upon while collecting fruits and berries for my jam. 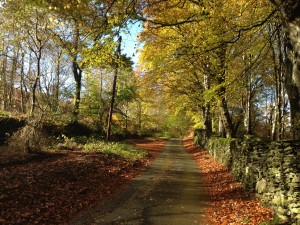 And here is the cool stream running magically from the mountains of Snowdonia and where I can collect my very own naturally filtered water: 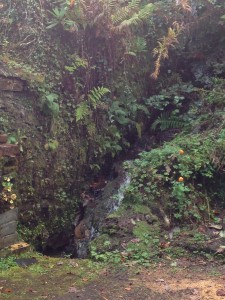 And here is my very own wood-burner in the lounge (OK it may be a *little* rusty, but a good dollop of Cillit Bang should sort this out). 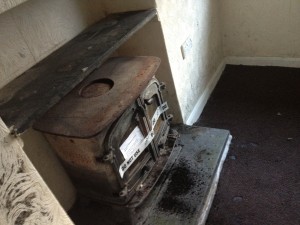 Here is the lounge complete with wonderful wooden beams which add character to the cottage: 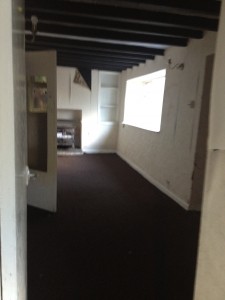 Here are the bedrooms again resplendent with character wooden beams: 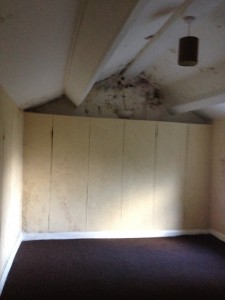 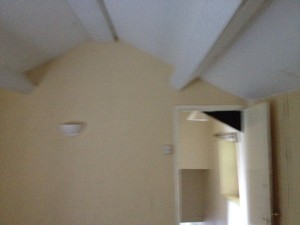 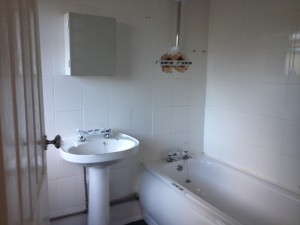 And the kitchen – which although not yet featuring an Aga – surely has enough room: 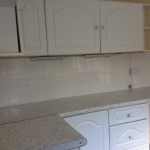 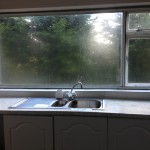 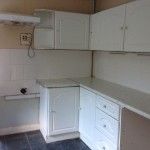 As I stood there idealising my Welsh Rural Retreat while taking in the wonderful views and gulping in the cool, crisp, clear mountain air – I became aware of the sound of running water… And it wasn’t just the stream where I would collect my naturally filtered water.  All around me I became conscious of a *continuous rushing* – an incessant gargling and whooshing of water. 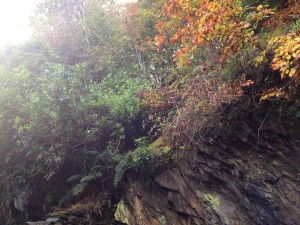 In that moment, I realised I would not be having a cottage garden, nor an abundant vegetable patch…but what I did have was a continuous flowing stream of water running down the mountain and collecting at the very foundations of my cottage. 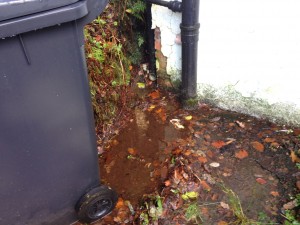 And at that point, I realised my planned days of jam making, crafting and drinking wine while sat around my aubergine Aga were, in fact, very limited.  In reality, my days would be spent in a damp, cold, water-logged cottage with a rock as a neighbour, a fear of falling trees and a most-likely legal battle with the land registry.

So I decided to put my order for an aubergine Aga on hold…for now.