August is a quiet month for property auctions so I decided to check out the unsold properties from auction.

What I didn’t bank on – was the property bargain I had spotted could land me with a criminal record! 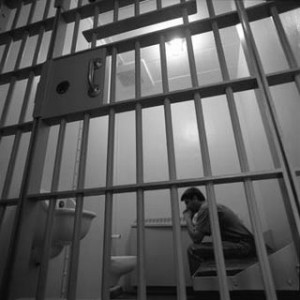 So what’s the story of this “criminal property”?? 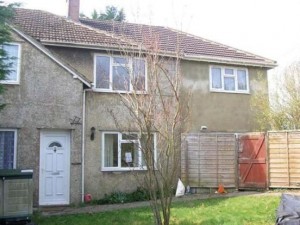 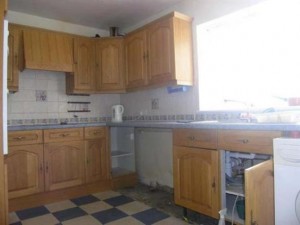 I know it doesn’t look very interesting – but the numbers looked interesting:

It was available post auction at a reserve of £80k.

Even after the colossal nose dive in property prices over the past few years the property was still worth about £160k.

Which if you do the sums leaves plenty of room for plenty of profit.  But you know, that much profit on a terraced property just sounds too good to be true.

So I set about doing some digging.

The property was located on a large corner plot in a popular area just outside Salisbury town centre.  Admittedly, it’s miles away from me – but its got a decent margin in it – so it’s got to be worth a look.

But something just didn’t look right about this property: why was the fence so close to the property on the right hand side?  And when you look closer -it looks like you have to access the front door to this property across the footpath of your neighbour.  And where is the “granny annexe”?   And how can this property be located on a corner plot when it is mid-terraced?  It just didn’t add up. 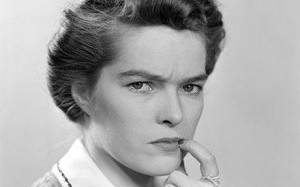 I could see the property was a repossession – but why had the lender now conceded a £50k reduction in the reserve price in less than a year – that’s very unusual. 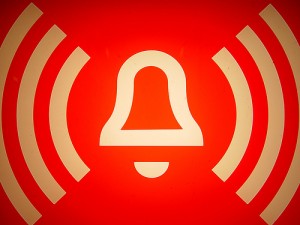 So I carried on digging….

And then I discovered the following:

The ex-owners (who had been repossessed) bought the property (number 77) in 2005.  At that time the property had not been mid terraced – it was end of terrace.  They got approval for the “granny annexe” and built the extension on the side – hence giving the appearance of the property being mid-terrace.  But what they then did was:

1. Rename the “granny annexe” extension as 77a.

2. Split the freehold title into two with the land registry – so that now there were TWO separate freehold titles for this property (a mid terrace and an end of terrace).  Meaning you had 77 and 77a as two separate properties.

This is not a problem in itself.  You can split titles at the land registry to create more titles and you can raise funding on an additional dwelling.

The problem is: the council never gave permission for an *additional* dwelling.

77a aka the “granny annexe” was only permitted as an extension to 77 and was only allowed to be used as part of 77.  77a was not permitted to be a separate dwelling.

However…the mortgage company had only repossessed ONE property: number 77. 77a was still owned by the original owners (who had been repossessed from 77) but now there was a planning contravention and a title issue: this property had been legally split…but illegally built! 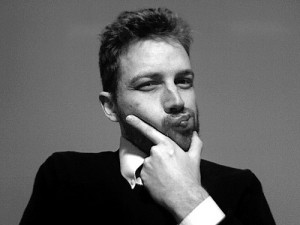 I called the council to ask their opinion as I could see they were looking to take enforcement action on the property.

The council enforcement lady with her lovely South Western lilt informed me gaily:

“This property contravenes our planning regulations and we have taken enforcement action.  We are seeking to evict the former owners who are now residing in the extension (77a) however we know they are still getting into the property (77) as they are climbing up through the roof as there is no party fire wall.  Should you choose to buy this property, and believe me many have been tempted because the price looks so cheap, you as the new owner will become liable for the previous owners contraventions.  This case is with our legal team at the moment.  You will be looking at a large fine, a legal prosecution and potentially a criminal record”

“A criminal record if I buy this property???”

You have got to be joking, right?

“Why do you think nobody’s buying the house – it may look a bargain – but all you’re buying is potentially a criminal record and a very large fine from us”.

“We have tried to liaise with the former owners who now live in 77a but they are unresponsive – and very abusive.  God help the person who moves in next to them”.

“But, how can this be resolved?”, I queried

“The only resolution here is the property MUST remain as one.  We don’t care that the previous owners have split the titles or got additional mortgages.  It is now a criminal matter and we will be criminally prosecuting all involved”.

And so I thought about it long and hard (!) £80k for a criminal record…think I’ll pass on that one!