Today I am HUGELY excited to share an auction bargain success story with you!

So this story starts last month…I was flicking through the auction catalogues and noticed a flat which had not sold at auction.  I know, at first glance, it’s not very exciting – it’s a flat above a commercial property and it’s in a place called Torrington in Devon which I have never heard of.  Which is probably why it didn’t get sold at auction in London. 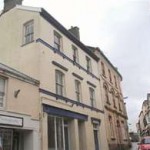 Anyway, I was drawn to the property. I could see from the photograph it was a period property, and looked to be on the high street which had an ‘olde worlde’ feel about it.  The description told me it was a 3 bedroom flat – which straight away made me keener – could this be a split level flat?  And then *kaboom* the reserve.  It was £30,000.

Now this is Devon we’re talking about.  This isn’t some council housing estate in the North – this is a 3 bed flat in Devon for £30,000…well it had to be worth a closer look!

So I downloaded the legal paperwork for the property and did some more research. It turned out the flat was a HUGE 3 bed – in fact it was 94 square metres – which is the equivalent size of many 3 bedroom family homes.  “Hmm” I thought to myself  “I am sure this flat could be split into two smaller units to maximise the value”

So I started doing some research on Torrington in Devon.  It sounded a sweet market town and had actually featured recently in The Telegraph’s Top 20 Secret Retreats with this lovely image to depict the area and the following write up: 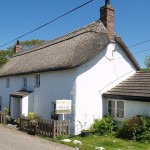 This is a quiet market town, mostly set on a hill in north Devon, with a large common and plenty of good walks. The old railway line is now part of the 32-mile Tarka Trail, going to Bideford and Barnstaple.  Insider tip Torrington is small and unassuming. “It’s beautifully rural but not yet fashionable. Good-value properties can still be found,” says Gideon Sumption, of Stacks. Rolling Stones drummer Charlie Watts lives in this area on his horse stud farm.  (The Telegraph: April 2012)

It sounded a lovely place to own a property – and so I checked the distance on google maps – it was hundreds of miles away.  I realised it was going to be quicker for me to fly to Dubai than it would be for me to view this property.  And as much as I wanted to take this development on, I just didn’t have enough hours in the day…or for the foreseeable future.

Damn, I thought to myself, what a shame when this seems such a bargain.

And it bothered me.

What could I do?

I really hate having to pass up on potential property auction bargains.

And then *lightbulb moment* I remembered a conversation I had, had the previous month with Noel, one of my other half’s work colleague’s down the pub.  I remembered Noel telling me how he and his wife were keen to do a property development. And then I remembered that he works in London during the week but goes back to his family in Taunton at the weekend….and so I got onto google maps again: Just how far is Taunton from Torrington?

And it wasn’t that far!

Well, it was within an hour and so I thought…maybe…maybe I could match a wannabe-developer-duo with an auction property bargain in need of some TLC?

Noel and his wife viewed the property the very next day and decided to buy at the £30k auction reserve.

And who can blame them – yes, granted it needs work – but just take a look at the HUGE potential this place has!  And from the top floor there are some stunning views over the rolling Devon hills! 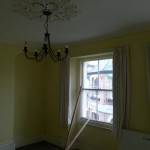 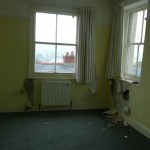 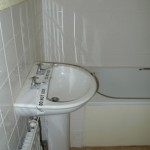 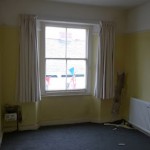 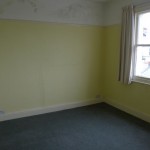 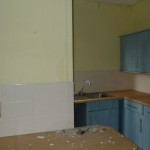 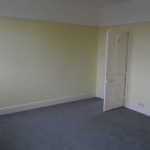 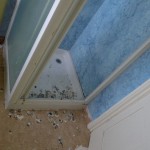 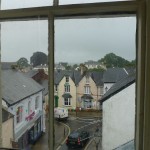 As it was an auction purchase, completion was set for 28 days later and they’ve just completed.

I am pleased to report Noel is looking to split the property into two 1 x bed flats – which (after costs) will net him in the region of £83,000! Which is a fantastic result given he bought the property for just £30,000! But, even if he doesn’t get planning he is still looking at a respectable £36,000 profit for the property when refurbished.

And just to show how important it is to do your homework – even if the property does not sell – there is strong rental demand which will ensure the property produces double-digit yields!

And so it just goes to show – auction bargains are there for the taking – but you do have to do your homework – and be prepared to travel!

I will keep you updated with Noel’s progress…