Amid the news that Spain needs a bailout and the banks are collapsing, Brits appear desperate to cash in on the “Costa Catastrophe” or “Costa Crash” as the popular media have dubbed it, and are rubbing their hands together in glee at the “not-to-be-missed” property bargains which will soon be available. 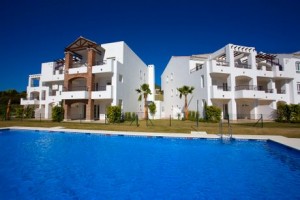 But, is now really a good time to buy property in Spain?

Of course, when you look out the window on this June lunchtime and see nothing but grey skies and rain (which it’s been doing for the past two weeks) it’s very easy to shout “YES!”

And when you see you can buy a “bargain” beach side apartment for less than the price of a new family car, it is very easy to shout “YES!”

But let’s just wait a minute…This hasn’t been dubbed the “Costa Crash” or “Costa Catastrophe” for no reason. And let us not forget that many Brits who bought in Spain (and planned to retire there) have since had to return to the UK due to currency fluctuations – and for the really unlucky – those who lost their homes and their life savings due to dodgy developers and restrictive Spanish planning laws.  So it’s not all sea, sun and sangria when you buy property in Spain!

But that’s the problem – the Spanish know we Brits are suckers for a bargain. And when it comes to a property bargain – well, we’re up there in a league of our own. The German’s may be known for marking their sunbed territory with a towel, but it’s nothing compared to us Brits’ obsession with property prices and trying to buy any property which appears “cheap”.

Which is probably why the major Spanish banks have now launched real estate websites in English which proclaim mammoth discounts off their new-build developments and repossessed property in Spain.  You have Altamira Santander’s Spanish property website; La Caixa’s Servihabitat; Bankia selling it’s repossessed property through BankiaHabitat ; and if you want some comparables then Idealista is the Spanish equivalent of UK’s Rightmove.

The Spanish banks are desperate to sell. So desperate in fact, Spanish banks will probably also give you a mortgage with which to buy your bargain property in Spain, which is more than can be said of trying to get a mortgage in the UK right now.

But just because the property is “cheap” is now a good time to buy a holiday home in Spain?

Many commentators claim Spanish property prices still have further to fall – so today’s bargain, may be tomorrow’s swizz.

But I think this line of thinking and obsession with the price of a property highlights what has gone so very wrong with the property market.  We have endless conversations about property prices, about what our home is worth, about how much equity we have (or have lost) and everything is all about the price.  Rarely do we think about what a home actually means – it’s real worth to us as a place which keeps us safe and secure and is a place which feels home.  For most people, the real value of a home seems to have got lost – somewhere in between the price paid for it and what it may be worth in two years time…

In Britain, we seem to treat our homes like giant ATM machines – a “bricks-and-mortar-bank-account” – which we can cash in when we want. And that is where the meaning of a home, let alone a holiday home has got lost.

So: is now a good time to buy a holiday home in Spain?

Yes, if you want, and can afford a home in Spain then now is as good a time as any – but remember a home is a home, property doesn’t always have to be an investment.  You could always try buying a house just because you want to live there as a home rather than for what the property may be worth in a few years time.