When I look through the property auction catalogues I’m always on the look out for something different…something which catches my eye…and today I found it.

It’s not much to look at –  it’s a top floor one bed flat in a period building: 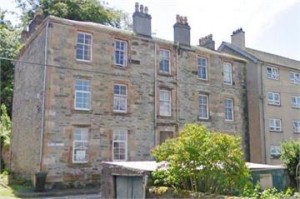 But what caught my imagination was the description: “well located for the marina” (the other half is into his sailing) and it was located on the Isle of Bute…Yes, to me, that sounded definitely interesting – hell I didn’t even know where the Isle of Bute was – that’s got to be worth looking into!

That calls for more research to be done!

Just where is the Isle of Bute?!

It’s in Scotland.  It’s an island in the Firth of Clyde if you want me to be precise.  And its resident population as at April 2001 was 7,228.  “Ooh just think of the peace and quiet. The serenity. The laid back way of life” I mused. “And the sailing will be great” piped up the other half.

And so we got ourselves onto google street view to take a look at this marina, which the flat was well located for and we thought we’d take a closer look at the Isle of Bute – well I was stunned. Just how gorgeous is this!! 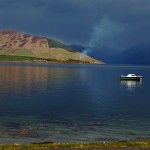 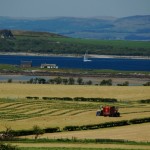 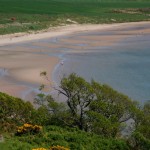 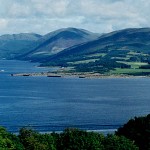 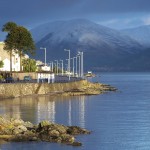 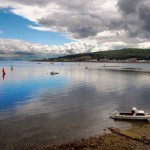 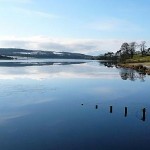 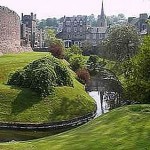 So anyway, off we went into our respective fantasies: the other half mooring his boat in the marina (prompting him to show me the various boats he was then thinking of buying) to me deciding the interior fit out of the flat (a nautical theme would be fun).  And then me deciding that as I’ll be a boat widow I should take up another hobby – which should be art. Yes, art, as I decided that the scenery was so, well, scenic. And before we knew it, spotting this property at auction had us moving to the Isle of Bute so that I could be an artist and the other half could be a sailor!

And so off in our fantasy auction purchase we start looking up what else to do in Bute – we learn there’s some arty festivals (handy for me and my new artistic vocation), 3 golf courses, historic houses and great beaches. We are sold. We are packing up and off we go.

And so we decide to work out how to get there. We can get a flight to Glasgow and then we can either hire a car and drive over and take the ferry, or we can take a flight, then a train and then the ferry from Wemyss Bay to Rothesay. And I’m pleasantly surprised to report that for such a small island the ferry service is very regular!

But you know – we were in property auction fantasy land – and this is all sounding far too sensible…so then I find us a Sea Plane which we can get from Glasgow airport which will then use the marina (which the flat is well located for!) as a landing strip. Well, this was too cool for words.  And you know what – it takes just 17 minutes from Glasgow airport to Port Bannatyne.  Yes this could be us:

Well that was it – decision made.  We’ll get a flight to Glasgow and a seaplane to Port Bannatyne and then we’ll be right outside our flat. Our £5k flat. Well located for the Marina.  Perfect.

I called the auctioneer to organise a viewing.

There are not going to be any viewings.  The property price is so low it’s not worth any body’s time so they’re not doing any viewings.

Fine.  So I won’t see inside. But, I still want my Scottish Seaplane adventure. I will not be deterred – not now I know I can get a Seaplane to right outside my doorstep!  That is just the coolest way to travel!

So I carry on doing some research.

And then I learn this flat (along with several others in the block) have been to auction many times…both here and in Scotland. And most times they have not sold. And in fact, the entire building is empty and is falling apart.

The disappointment was crashing…just like how my seaplane would have sounded when it landed outside my flat. My falling apart flat. In an empty block. Which is also falling apart.

And so I booked a hotel instead. It may have been a property auction brochure – but for me it has turned out to be the equivalent of a holiday brochure!