Today I went to see a flat with a “come-and-buy-me-guide-price” of just £80k. Located in Zone 2 South London I know the property is ex-council….but it is also located just 5 minutes away from the tube.

The area is quite green: 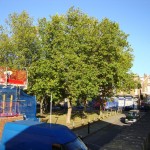 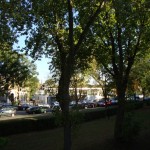 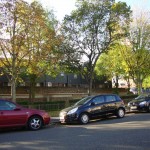 But, let’s be frank – the property is not going to win any design awards for “best looking property”! 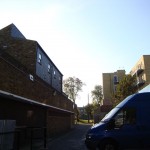 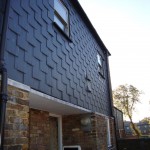 It’s an auction property, so as usual, it needs refurbishment works: 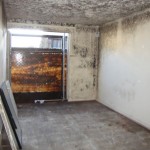 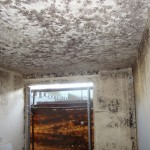 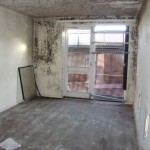 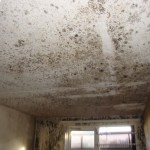 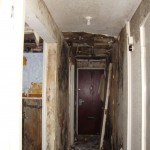 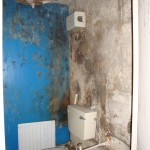 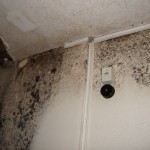 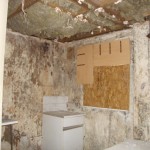 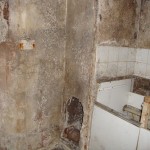 The damage you see here is water damage from the flat above (I think in some areas it looks more like fire damage than water damage!) – however I believe the actual water damage itself probably wouldn’t have been that bad – but because this flat has been shut up and left for years, the water has festered, the flat has got humid and now we have a wonderful variety of all sorts of mould and fungi! Anyway, so let’s look beyond the mouldy walls, falling down ceilings and falling apart walls. All of this with money and materials can be stripped back and put back together and within a few weeks it’ll be looking like new.

So while I was there, the area looked OK. Yes, it looked a bit rough around the edges, but there weren’t any of the usual suspects when it comes to rough areas e.g. boarded up windows,  protection bars over windows and doors. But there was something in the air and I just couldn’t put my finger on it. It was just a sense that something wasn’t right. So I got back home and continued doing more research on the re-sale price.  I know the area quite well, but I have not bought on this particular estate before. And there was just something that was bothering me – like when you get a piece of food stuck between your teeth and you just can’t get it out…well that’s how I felt.

Another way I could look at the crime statistics was by comparing the area of the flat to the area where I live –  to understand the “stuff behind the stats”. So I learnt that I am 3 times more likely to be a victim of crime if I was to live at this flat compared to my current address. Which sounds about right as we are talking about a flat in urban down town London versus a Hertfordshire town. But actually it was the types of crime which I found more worrying – that is – the high number of  violent crimes, robbery and offences involving weapons.

And on the Police UK site they have an interesting area called “Messages from the Police” and it’s a police force feed from You Tube and Twitter.

Hertfordshire Town: “Find out more about our ‘Knock on your Neighbour’s Door’ scheme”, “If you or your family are celebrating Halloween this evening, check out our safety tips for ‘trick or treaters'” and “Kenneth Crow has been found safe and well – thanks for all your support”

Quite a stark difference!

But the final nail in the coffin for me was when I was googling the estate and I discovered that it is known locally as the “dads” which is an abbreviation for Baghdad!  Now if I’m honest, that is a place I have yet to consider investing in!