Today I saw a great lot in auction – it was an Ex Service Men’s Social Club in the heart of the New Forest. It was a lovely looking building which sat on a third of an acre. 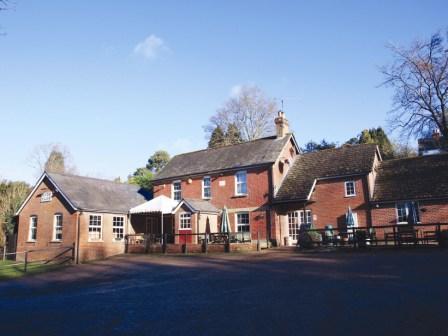 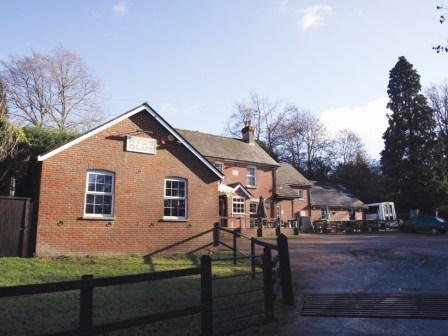 It was advertised as Mortgagees NOT in Possession – which meant while the bank are repossessing the building, they have not taken possession.

So off I trekked to the New Forest to go and have a look at this Social Club.  As it was  Saturday, I had dragged Dimitris (the OH) along with me.

“Shit” There’s people still here I said to Dimitris “Quick, let’s get out of the car park before they see us!”

So we quickly made a sharp exit and pulled up behind some trees trying to work out what to do.

On the entry gate it clearly stated “MEMBERS ONLY”

So we decided to park opposite on the grass verge and then go and take a look at the building from the outside.

Well I don’t know where I found the nerve – but I suddenly found myself deciding that we should go in and order a drink!

We entered into the bar area, and a huge Alsation dog came bounding up to greet us. Five middle-aged men and women who were huddled in their jackets at the bar, turned round to look at us.  SILENCE

We approached the bar (in silence – and followed by all eyeballs in the room) and ordered 2 half pints of lager.

The barman took our order and commenced pulling the beer. I then started to read the laminated A4 handout which was on the bar – it was all about a licence meeting which had been called with the local police the next week. There were a series of bullet point questions – such as:

– Have you seen anyone in here who is not a member?

– Have you signed someone in who is not a member?

EEEK I thought to myself – we’re not members what will happen to us when they find out?! 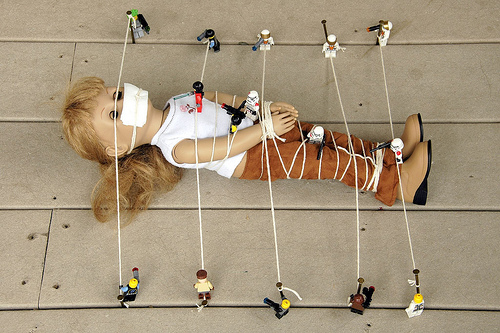 The barman gives us our drinks and takes our money. Phew, I was relieved he didn’t ask…then he turns and says

“Oh, do you mind if I just see your membership cards please?”

“Oh, oh” I stammer “Sorry we are not members, we thought you were a pub and were just passing by in the area and thought we would stop by for a drink”

There is an uncomfortable silence and everyone who is huddled at the other end of the bar look at us. I want the ground to open up.

“Oh thank you” I reply

We sign in the book, completing our names and addresses

Then we sit down at the table closest to the fire and a silence descends. I daren’t talk – not even breathe. And then the man who is sat at the corner of the bar strikes up a conversation with the man next to him

“They could be spies you know”He says nodding over at us, while simultaneously nodding to the man on his left.

I am sat there mortified – it was like I was invisible and they were talking about me – but I AM THERE!!!

“They shouldn’t be allowed to buy their own drinks as they’re not members. Here, how much was their drinks and I’ll give you the money and you give it back to them”.

I want to make small talk with Dimitris, but the atmosphere is so uncomfortable I daren’t speak!

Then I spy a pool table on the other side of the room – “Want to play pool?” I say to Dimitris – “Sure” he replies – you can tell he’s desperate to extricate himself somehow from this awkward social situation we have got ourselves into.

I am just setting up the balls and I can feel all eyes on me: I turn and look “Is it OK if we play pool please?”

“Yes, of course” they reply

So Dimitris and I play pool and the locals around the bar seem to start accepting us more – they start to talk amongst themselves again in lowered tones.

We finish our game and not wanting to leave just yet, we decide to go outside for a smoke.

Dimitris finishes his drink and the local offers to buy him another – Dimitris declines and I try and push him to take another…and then we return inside to find that they have bought me another drink.

One of the guys at the bar decides we should have a doubles match against some other locals – I will be his partner…Dimitris is not included in the game. I turn to look at him to check he is not offended by this – I am keen to be included and talk with the members.

So just as we are about to start playing pool, we are all introducing ourselves and saying our names and when they hear Dimitris say “I’m Dimitris”- they suddenly exclaim “Oh we have another Dimitris!”

And at that point a Greek guy enters the bar who is also called Dimitris! There is much excitement as Dimitris and Dimitris started to converse in Greek and everybody is very excited by this turn of events. The ice is broken!

We have a great afternoon – we are bought drinks and hustled for pool (each game we had to put down a £1 which the winner took). Dimitris spends time chatting with Dimitris about the hard times the club is going through and I chat with the other members about the club and the area.

We have an absolutely wonderful time and I cannot tell you the last time I have walked into a place and been made to feel so welcome (OK – after the initial coolness) and a part of the local life.  And I felt awful. I felt what I had done was unethical – I had gone to this place because I had seen it was up for auction. And I had come away realising what an important part of community life this place was. Yes, they don’t have many active members and I can understand why the club is struggling financially, however I got a small glimpse as to what such a place can mean to these communities.

I cannot buy their social club. I cannot take away a place which gives such a sense of community spirit.  But, sadly, I know someone else will.