Today I went to visit a 2 bed flat in North London. It was in an OK area – bit busy as it was situated on a main road (but at least the flat was at the rear so not as much road noise!). On the plus side – it was within walking distance of the tube.

It was a purpose built block close to a parade of shops. 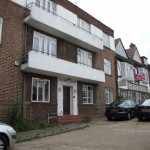 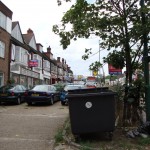 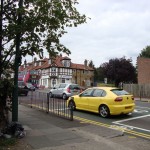 It needed the usual work to auction properties – update and refurb of the kitchen, bathroom, bedrooms and a damn good scrub up! 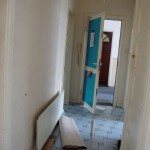 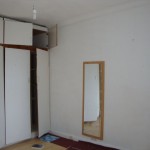 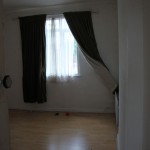 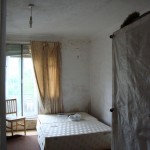 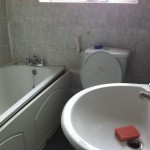 However, I was more concerned with regards the communal areas which were not well looked after.

The grass was so tall it looked like a jungle, there was rubbish around, graffiti had crept in and there were some worrying signs of neglect in the building. 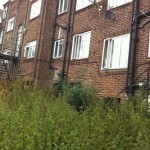 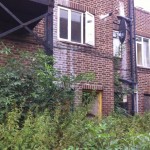 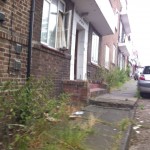 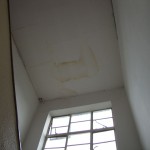 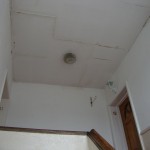 Now when it’s just your flat that is neglected you have the power to do something about it – but when it is the block and you have to convince the management company that is a whole other ball game.

I decided to read the legal pack to learn more about the flat – My God what  a learning indeed!

The flat had been bought in 2005 as part of a financial scam which had seen two brothers commit 196 offences of fraudalent motor insurance claims! They had used false aliases – which meant land registry records were wrong and most documentation relating to the flat had some sort of issue as it had a falsified history because they had been buying property to cover up all the money they were making!!

Then you had a huge load of court papers, witness statements, reciever statements and mammoth legal paperwork which was all to do with the confiscation order. Basically the confiscation order means that when someones is found guilty of crime (in this case fraud) then the court can deprive the person of their proceeds of crime (i.e. the money/ benefits they got from committing that crime).

Well I sat there for hours scanning through all the legal papers….and then I realised….my solicitor charges around £225 per hour. I guess-timated it would take maybe 100 hours to try and read through everything…and so I stopped.

The flat may have been ok – but I didn’t fancy the legal bill that went with it!!