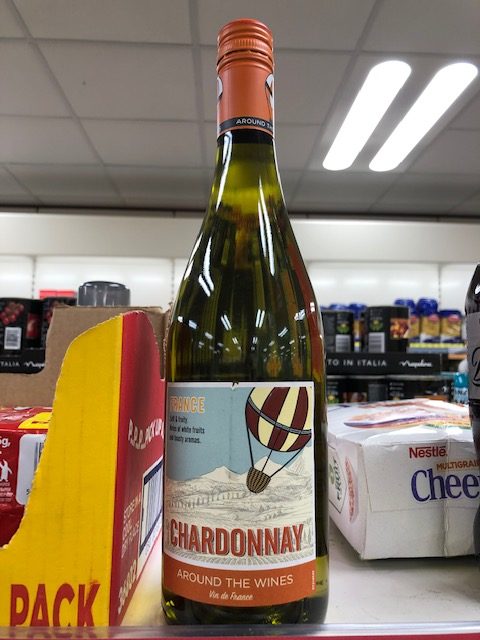 Starting the day arguing with a solicitor who you’ve been waiting to hear back from for over a week and have had to involve the head honcho to get a response, is not the best start. But hey, arguments are made to be fought and won – and so I’m remaining positive.

And I’ve learned positivity is definitely a state of mind you have to work on – and I mean work on. It really doesn’t take long before you find yourself slipping back into your old neghead ways about this, that and t’other.

So in mindfulness of this feat and sick to death of looking at my screen I decided to go to the local Co-op to buy some coleslaw. Admittedly, not the most interesting adventure, but it would get me out of the house and there – as I saw it – was the break point of my day. This was my excursion out to find more happy.

Now, I am not a shopping fan. In fact, I am a rather good aficionado of online grocery shopping, because:

I fill you in on this, because what follows perhaps makes more sense in that context.

Anyway, as I’m bustling down the road, I see a great expanse of shiny red and white that has never appeared on my radar before. Now, I’m sure they have branches all over the place – and you’ll be familiar with the shop “Iceland”.

So I stood outside gawping inside at all the frozen goods on offer and pondering if I should step over the threshold…is this the sort of place that would stock coleslaw?

Seeing as I am in the mood to try new things I decided to venture in and check it out – yes, I am an Icelandic novice and so today was my first foray into the world of the frozen goods shop.

Excited and intrigued by all the offerings I soon found myself taking photos. I don’t know why. I am obviously incredibly sad and possibly deranged. But anyway, I found myself taking pictures of the stuff on offer – which given I’ve taken them, I may as well share them here.

Now, as I was taking a few snaps I became aware of a presence that appeared to be watching me. Glancing around I saw in my peripheral vision, what looked like the behind of a security guy. Putting this presence down to my paranoia I continued down the next aisle – pausing, photographing and pondering.

And then when I was perusing over the merits of a bottle of wine (Chardonnay, in case you wondered) for £2.99, I was pounced on.

“Excuse me, can I help you?” Said the voice of the man dressed in Iceland overalls who was trying to appear taller than what he really was.

“I’m just looking at this wine,” I reply, “it seems very cheap, but I don’t know anything about the brand.”

“I’ve seen you taking lots of photos, why are you doing that?” He stood facing me in some sort of cowboy showdown, like I was meant to suddenly pop the cork and take his eye out or something.

“Well…,” I say, hesitating about what I would say. Could I really share my wonder of the Iceland treats, or would he think me a prick, or a maniac, or worse? I fumble with the bottle, stroking its smooth neckline like you would a furry cat. “Well, you see…,” I continue “I’m planning a party and so I’m taking photos to remind me of the things you have…” I trail off not wanting to get too involved in this crap party I’m obviously planning, but also pleased with myself for my quick thinking.

He looks at me squarely, taken aback by incredibly credible response. “Oh, OK,” he replies, and if I may say, a little disappointedly. I don’t know what he thought I was going to say, but I think, he thought it was going to be way more exciting than what I did say. He looks at me in a confiding manner, as though he’s about to share a bit secret. “It’s just people who are in here and taking photo’s they’re usually…,” and he left the sentence hanging.

“Usually what?” My mouth wanted to shout!

I looked at him eagerly, edging him on to finish his sentence that was left like a smelly fart all over the aisle.

He looked back at me with my eager face and brightened. “If you’re planning a party, I’ll go and see if we’ve got any more of that wine in the back – though to be honest I don’t know if we will as you’re in the January sales aisle and if there’s only that one bottle there and you’re holding it, that could be it…”

“Oh, OK,” I reply, somewhat disappointed. Not only was he not going to finish his sentence about why people are usually taking photos, but he was now going to find me more wine of the wine I didn’t even intend to buy.

I look about and see another security guard, all uniformed up and checking me out. I smile broadly at him and he shifts his weight while still staring.

I am buying this wine, I realise.

I wait patiently to find out how much more of this plonk I’ve got to buy and wonder about the excuses I could use so as not to buy up Iceland’s stock room of cheap Chardonnay.

The guy puffs back holding aloft a large bottle of beer.

“I’m really sorry,” he says breathlessly, “that’s the last bottle of wine you’ve got there, but I did find bottles of this beer that’s cheap – you could always take this for your party.”