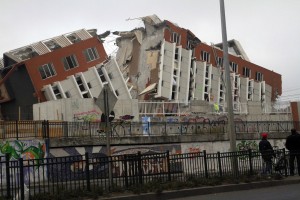 Insurance is a tricky subject.

You want to make sure you’re covered, but you’re never quite sure if you are.  Until things happen.

Which they invariably do.

This isn’t a big catastrophe story (sorry to disappoint!). It’s just a little story of how little changes can end up having BIG consequences.

Selling a buy to let property

Now, I didn’t think me putting a buy to let property on the market for sale was a big deal.  Admittedly, it hadn’t been planned, but the fact of the matter is, it’s a property I have owned for 7 years and for those 7 years I have had the most wonderful, marvellous, non-troublesome, super-lovely tenants you could ever ask for.

Yes, they do exist!

So it was with much disappointment when Mr M, my tenant, had called me earlier this year to tell me he and his family (wife and two children), had been called by the council and were moving up the waiting list.  He believed that, maybe soon, they would get “the call” inviting them to see a council house and then they would be leaving me.

He didn’t know when.  But, he wanted me to know the situation and that at some point this may happen.

He wanted me to be prepared for “the call” also. 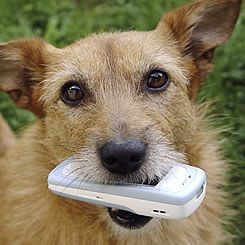 I’ll be honest, I hate losing good customers and given he’d been with me 7 years and had been sending me lots of family snaps, wishing me Merry Christmas and Happy New Year every year, I was gutted.  Oh, and the fact he always paid his rent in full and on time and looked after the house impeccably was just yet another rosy petal in the joy of being Mr M’s landlord.  Unlike some tenants I could mention.

I wasn’t keen to lose him.  And so I asked him outright:

“Mr M, if you love the house so much, why are you going to move to a council house?  I have kept your rent low and always looked after you”.

“Sam” he replied “I love living here and it pains me that we may be moving, but you cannot guarantee that you will always own this house and your situation may change and, I want to live somewhere where I know I can live until the very end”.

I spied what I thought was an opportunity.

“Well Mr M, why don’t you just buy the house from me?  I am sure we can come to some sort of arrangement which would suit us both and then you can live there forever more”

“That would be lovely Sam, the thing is we are Jehovah’s Witness and we do not believe in buying property”.

But, I didn’t.  I didn’t have a clue about his beliefs, apart from the fact he couldn’t buy my property, his home, because of them.

Not wanting to offend in any way, I decided the best course of action was to change the subject.

“Well, OK Mr M, you just keep me updated about the situation and let me know as soon as anything changes”.

So, the phone rings a few weeks later and Mr M has gone to see a house – but he doesn’t like it and so he refuses it.

“I know the council will put me to the bottom of the list for not accepting that property, so I think we’ll be staying for quite a few years longer if that’s OK with you?” He asked.

“I would be delighted” I exclaimed.

And I meant it.

Sadly, my delight was not to last.  Just a couple of weeks later and Mr M calls me again.

“Sam, I’m sorry to say we have seen a property today and they told us we had to tell them today whether we wanted it or not.  We have accepted and we will be moving out in two weeks time…” 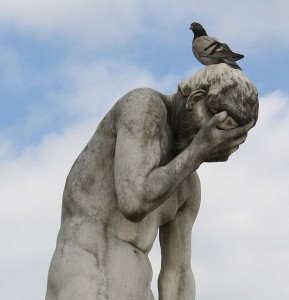 Mr M continued, “I know I need to give you 4 weeks notice, so this is me calling to give you notice now”.

I hung up the phone.  I was thoroughly pissed off.

What do I do now? I thought to myself.

A little, naughty voice crept stealthily into my ear: SELL IT.  The voice shouted.

When to sell a buy to let property?

So I checked on the value of the property.

Fortunately, the value seemed to have recovered since the crash (as it’s not in London you can never be too sure!).

I opened a nice bottle of Malbec and drew up a list of my options for continuing to rent it versus selling it.

I could bore you with all the pros and cons, but the stark reality is, this is a property bought from my earlier years when I was buying up property wherever you could make a profit.  Nowadays, I am looking for properties closer to where I live.

And, unbelievable as it may sound, I now want LESS properties.  10 years on and I am now operating according to different criteria.  I don’t need or want properties all over the country. 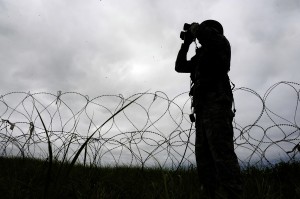 So I called lots of estate agents – and especially those who had sold a similar property in the area recently.  (Due to the distance I’m having to use a high street estate agent rather than online).

I kept to a strict no BS method.

If they over-valued the property, told me overly-positive market info, didn’t sound friendly enough, or excited enough by the opportunity of selling my house, I got off the line rapido.

I invited just two agents to value the property while Mr M was still in-situ (as he’s totally marvelous, he was OK with this).

I then chose the estate agent based upon who I wanted to work with the most and who I believed would sell my property. (Rule 72: Only do business with people you like).

And so the property went on the market for sale.

I didn’t really think much of it, until I popped up yesterday to have a snoop around.

Upon seeing the board, I suddenly thought to myself.  “Hmm, not sure on that.  It attracts attention to the property and people may see that it is empty and it may attract vandals or squatters“.

My next thought was: “Oh, I better tell my insurance company that I am now selling the house”.

So I called them up.

I hold a block insurance policy so I didn’t think it would be any big deal.

Selling an empty property if you want insurance cover is, in fact, a VERY BIG deal.

They told me they couldn’t cover it.

Which then prompted hurried calls and emails and eventually a gesture of goodwill from the insurance company: they will cover the property until my renewal date in November.

Which was something.  Although, not a very big something, as the insurance cover for the property is now bloody minimal to say the least.  FLEA is the popular acronym – which stands for: Fire, Lightening, Explosion and Aircraft.

Not really the most comprehensive buildings insurance!

Oh, and just to add insult to injury – this minimal cover will now cost me even more than the insurance premium I had already paid for the year.  £26.90 to be exact, for that “additional” cover for two months.  Although, the cover is less.  Paying more to get less.  Always painful.

Anyway, while this is not a story of catastrophe (and believe you me, I am crossing everything given this reduced level of cover), it is a story of how small changes – can, in fact, have BIG consequences!

And that’s why you need to have your insurance company on speed dial!