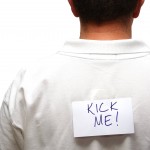 Fundamentally I think having tenants changes you as a person.  I think it’s called “Tenant-Hood”.

But still, I have to admit the email I received recently did cause mild surprise to me – even on my Tenants-Do-The-Strangest–Things-Richter-Scale

I believe you are the owner of the following property after doing a land registry search.

At first glance, I thought it was a crank email and some sort of bizarre promotional gig for a letting agency to get my business.  Then I read it again.

Bugger I thought to myself, I do own that property and that tenant they’ve mentioned – well he is my tenant.

So I read it again.

Now at this stage it’s useful for you to have some background info on this situation; which is namely the tenant in question is an asshole who owes me a shedload of rent and who I am currently evicting.  And so it would appear from the email that the tenant has done the decent thing and left the property…albeit he has now decided to really put the boot in and let it to somebody else and take their rent as well.

As a ruse, I have to admit to it being a blinder – live in my property, pay no rent and then sub-let it to somebody else to pay you rent.

F*cking cheeky is another way of looking at it.

So I call the first number mentioned on the email – this turns out to be the boyfriend of the girl who has taken out the “tenancy”.  I try and ascertain from the boyfriend if he’s a joint tenant or what he is to this situation, but I soon discover he’s just the guy who sent the email.

So I call the girl who’s taken out the “tenancy”.

She’s pretty relieved I’ve called.  The girl tells me she saw the property advertised on Facebook and went to see it, where the tenant-posing-as-me-the-landlord seems to have done a grand job on selling an absolute shithole to her and getting her to part with money for the pleasure. 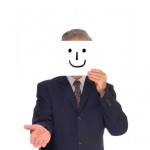 Having tried to move in and realising the property was in a lot worse state than what she originally thought, she’s got talking to the neighbours.  Who have then informed her that the tenant-who-she-thought-was-the-landlord was in fact the tenant.  And if she needed any more proof – the wonders of having Facebook on your mobile – meant she could show his face to all and sundry in the neighbourhood to prove beyond doubt he was in fact the tenant.

I got the impression from her tears and general melt-down state this situation had caused *slight* concern having realised she had rented a shithole from somebody who didn’t actually own the hole she’d paid out money to live in.  She’d also found an attic full of dead cannabis plants and was wondering what to do with them.

Cue the search on the land registry and subsequent email to me.

Me? Well, I just couldn’t get over why anybody had rented a property in such a state.

And so I asked her bluntly: “Why have you rented this property if it’s such a mess?”

She tells me, in that time-honoured tradition of someone who was wearing rose-tinted glasses and left their brain at home, that she was optimistically “going to make it nice”. 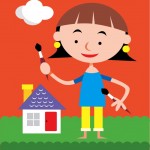 Apparently in-between that time, her stem cells reconnected and she soon realised the hole she’d taken on was uninhabitable.

I owed her nothing and I had no contract with her.  Despite her thinking she had an AST with my tenant, it actually meant jack.  And so I told her that.

However, she sounded like a potentially good sort and so I thought maybe we could work together to find a solution to both of our woes.  I organised for my local trades person and agent to contact her and go to the property to see what’s what.

And that all would’ve been fine if, after speaking to me, the girl could’ve been found.  But, surprisingly, having had this offer of assistance she now decided she wasn’t available.  Which, quite frankly, I took as downright rude.  She told people it was because she was baby-sitting.   Me – I just don’t get how other people’s brains work – you either want help or you don’t.

Anyway, I won’t bore you with the ins and outs and trifles of the calls and texts, but will just say that an appointment was scheduled to meet my agent at 5pm the next day at the property.

At this juncture, it’s also probably useful for you to know that my agent thinks the girl is somehow in on the scam.  Me, I’m trying hard to keep an open mind.

The girl doesn’t turn up for the appointment, claims she “forgot” and then proceeds to bombard the agent with a trillion calls and texts pleading for a second chance.

Bizarrely, when my guy visits later that night to check the property is secure, she’s there decorating. 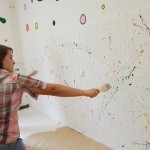 He calls me and I find myself just laughing.  I mean WTF are you meant to do?  It’s 9.30pm at night and he convinces me to just leave her be and he’ll go back the next day.

And I can only think that while she was decorating that night she somehow came to her senses, because the next day my agent gets a text:  “I’ve decided to give up the house”.