London and the South East may be experiencing astronomic growth with multiple buyers chasing single properties, but get out of the M25 and there are plenty of bargains to be had.

Here are 6 incredibly cheap Buy-to-Lets soon to be sold under the hammer.  All are tenanted meaning you can hit the ground running and collect your rent from day one!

With a guide of just £38k this three bedroom semi-detached property is around half the price of most other comparable houses on the market in this area.  It’s also one hell of a drop since it was bought in May 2007 for £66,950.  Negative values aside, it’s currently rented at £434.94 pcm so bought anywhere close to guide, this property would see you reaping a rental yield of close to 14%! 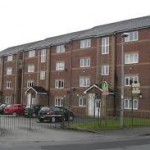 New-build flats have become renowned as loss-making buys for many a landlord – but how much further is the market going to fall?  This two bedroom flat with a guide of £35k was originally bought for £125k in Feb 2005 when new.  March 2007 saw the owner stump up an eye-watering loss when the flat sold at just £85k.  And now in 2014 it’s likely the flat will again sell at a further massive loss.  Is this a case of trying to catch a falling knife?  You decide.  In the meantime it’s rented at £450 pcm.

Guided at £35k this two bedroom semi-detached looks to be a steal – and again half the price of similar properties.  Rented at £450 pcm you’re looking at a yield of almost 15% if you manage to bag this bargain at guide! 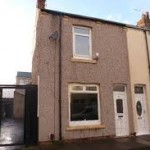 With a guide of just £22k this two bedroom terrace is likely to be a capital loser for the owner who paid £61k for the property in December 2006.  With a current rental income of £5,100 per year, you’re looking at a whopping rental yield of 23% against the guide.  But be prepared for a long, long wait before capital values start to climb. 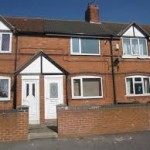 There’s some discount built into this three bedroom terrace being sold with a guide of £28k – but the good news is it already benefits from double glazing and gas central heating! The property has recently been tenanted (March 2014) with a 12 month term at a rent of £92 per week. 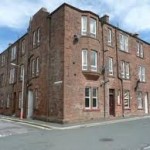 Crossing the border into Scotland could see you pick up a parcel of flats for a song!  This portfolio of three x two-bedroom flats have a guide price of just £60k for the lot.  Astonishingly, the combined rental is a worth-getting-out-of-bed-for £16,380 per year – which at that guide is a sizeable 27% yield.  But if that isn’t enough to tempt you – check out Girvan itself; that beach, that harbour and that view could just well be the proverbial cherries!