I don’t own a flak jacket.  There are times when I wish I did.

Today was one of them.

I knew the property I had selected to view was not in the most salubrious part of London.  In fact, it is right next to the Aylesbury Estate which according to Wikipedia is “the most notorious estate in the United Kingdom”, where “crime is highly prevalent in parts of the estate with the Guardian newspaper recently reporting a crime taking place every four hours”

Now, you may be wondering why I had chosen to view such a property (aside from the opportunity to see Cops with Cameras being filmed first hand).  Well, the fact is, the Aylesbury estate is due for demolition and the area is set to be regenerated.  I know these things take years and having been to the area previously but decided not to get out of the car, I thought I should visit again to see how things have come on.

This time the property I had come to see was not on the estate itself, it was on an adjoining road and was a handsome period property – a one bed flat with it’s own front door: 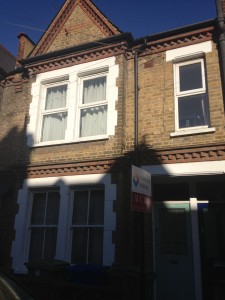 The property had been lived in by a regulated tenant and had not been touched for years so was in need of considerable works – and I mean *works*. 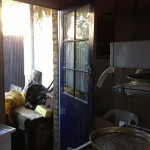 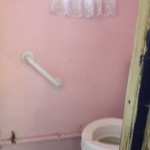 And this is what the rest of the kitchen looks like (you’ll notice they have used the same shade of pink as the toilet to ‘bring the outside in’!) 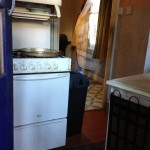 Which is why I believe this BBQ is in the lounge: 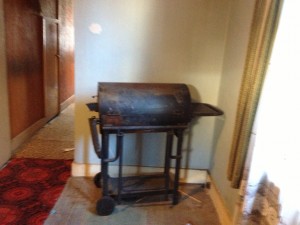 The property benefits from some feature fireplaces (and retro wallpaper): 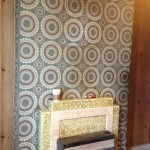 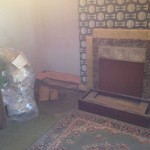 Design-wise, the flat benefits from a particularly interesting wood-effect wall covering which you would more typically find on the floors than the walls: 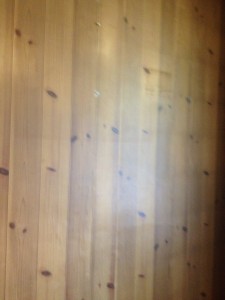 However, having seen how dirty the wallpaper is, I’m wondering if it is actually flooring on the walls to allow for easy mopping? 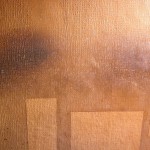 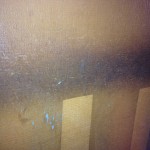 You always have to be on the look-out on a property auction viewing and I think this man’s face says: 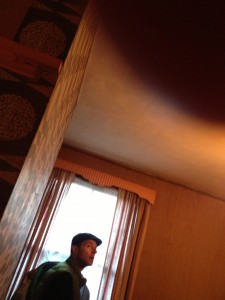 He was also concerned by the cracks in the walls: 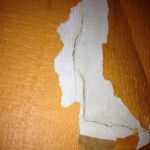 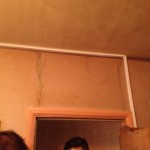 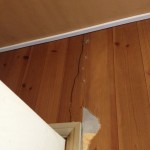 But I don’t think those cracks were caused by the estate at the end of the road (although it is unsettling to be in such a high crime area): 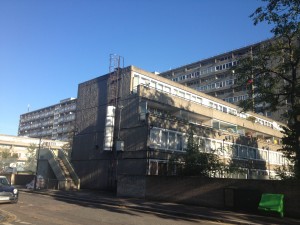 I think it had more to do with the *scaffold invasion* at the other end of the street!!