First off, I have to admit I have had mixed experiences of letting to tenants with pets.

If I’m honest I have had some complete humdingering bloody nightmares of letting to tenants with pets.  I won’t recount the stories at length – but they include such delights as: 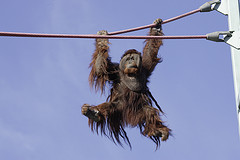 And it goes without saying the number of chewed, clawed and scratched doors I have had over the years.  Plus, the copious number of carpets which have been replaced, the build-up of dog faeces in gardens and all other such pleasures which come with owning a pet.  On that note, I’m not even going to get onto the tenant who has turned what was a 2 bed terrace house into a zoo.

But, you know what, while pets can make many landlords unhappy – pets actually make tenants happy.

In fact, popular statistics often cite pet owners are happier than non-pet owners.  This means if your tenant is a pet owner, statistically speaking they will be happier.

Another statistic to remember: it’s estimated one in two people in the UK own a pet and one in five live in rented accommodation – yet the majority of landlords and letting agents do not allow pets.  Which means if you let to tenants with pets you are cornering a huge part of the market.  And in landlording it’s important to be, and remain, competitive.

Which is why earlier this year, I refused permission for a puppy from a tenant of mine.

It didn’t make me feel good, but at the time I didn’t feel my tenant had the right set up with his long working hours to look after both the puppy and the property.  My tenant was disappointed, but he understood my reasons.

Eight months have since passed.

The tenant has now contacted me again asking me to reconsider my earlier decision on the puppy.  He informed me he was very happy at the property, but was unhappy at not being able to keep a puppy which he now desperately wanted.  He told me he wanted this puppy so much he was now thinking of moving to enable him to do this.  But he didn’t really want to move.

I felt in a bit of a predicament.

We spoke at length about the previous issues.  This time around though, his mum got involved and I spoke to her as well.  It turned out his mum lived around the corner and was now working part-time and said she wanted to get involved in the puppy training and all the joys of pet ownership.  Having spoken to them both I understood my tenant desperately wanted some companionship.  He really, really wanted this puppy.

Saying “no” would make me feel like a bitch.

But the decision was not about how I would feel.   The fact is, I realised if I continued to deny his request, I would most likely lose him as a tenant.  And he is a good tenant.  He has been with me for over two years, pays his rent on time and looks after the property well.

And so I consulted Lets with Pets.  This organisation had come to my attention just as I was selling the letting agency last year.  I was massively impressed with their advice and template agreements.  I spoke to the tenant and told him of the agreements and payments suggested on Lets with Pets and engaged him early on in the process with how I wanted to approach this.

To my surprise and utter delight he thought it was great.  He loved the additional agreement (which is long, detailed and incredibly comprehensive) and he was more than willing to pay an additional pet payment direct to cover any potential damage.

I felt happy.  I felt covered by the agreement from Lets with Pets and I felt my tenant also properly understood his responsibility as a pet owner in a rented property.

And it’s been a win-win situation because my tenant is over the moon.  In fact, his mother even called me to tell me how happy I had made her son (which was odd as it made me feel like I had accepted his marriage proposal!)

But you know, I like making my tenants happy – and I have to admit I did feel a massive twinge of envy when he sent me a photo of his new pug puppy.

Seriously cute.  Absolutely adorable.  And *touch wood* hopefully will not destroy the property 🙂 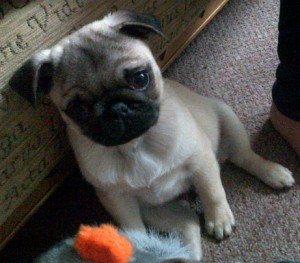