Skip to content
Loading...
Latest news
Why am I still living in London?
3 Key Lessons I’ve Learned During Lockdown
An Ode to Not Being in ExCel
Getting Creative Under Covid-19: Creative Writing Coronavirus Style
Why I Created A Car Park Bar
Buy to Let & Letting

You can’t read a property article today without reference to the teeming underclass of Generation Rent.  And private landlords are demonised for pushing up house prices and locking out a generation of wanna-be home owners.

But memories are short and statistics are skewed.

In 1945 most people in Britain rented their accommodation.  Home-ownership accounted for just 40% of all households.  Until the mid-1950s the private rental sector was bigger than both the owner-occupied and social rented sectors.

And this is the rise which has become the obsession of our nation.

But the furore of Generation Rent masks the most remarkable development of the UK housing market.

The recent history of the housing market shows NOT that people cannot afford to own their own property – but the fact so many more people now do.  In fact, every year between 1981 and 2006 there was an increase in the number of owner-occupied dwellings in the UK – an increase of 49%.

But this significant shift towards owner-occupation which now sees the majority of households living in their own homes rather than renting, doesn’t make such good headlines.  The fact that 68% of people in 2008 owned their own homes compared with 43% in 1961 does not fit with what the country wants you to think. 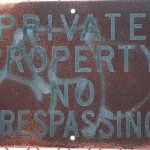 You are a home-owner you are rich is what they want you to believe.

But a Joseph Rowntree Foundation study demonstrated that half of all people living in poverty are home-owners.

Owning bricks and mortar does not equate to wealth.

But it is an asset – and it’s an asset which the government need you to have.

The simple economic truth of promoting home ownership is that the government need you to have assets in your old age.  If you don’t own your own home you are going to sponge off the government in the form of housing benefit and longer term care and they have no way to claim that money back from you.  And the Exchequer can’t afford a population of renters: the housing benefit bill will be colossal.

Which is why they promote home ownership. 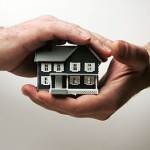 Home ownership means you have an asset which you can live in without the government having to foot the bill.

Home ownership means you are more incentivised to save for retirement.  Means-tested housing benefit doesn’t reward savers so you need to spend your money now if you want to claim.

Home ownership means you are less likely to go into care earlier – and when you do go into long term care – you have an asset which can be sold to pay for it.

Not to mention the taxes associated with home ownership.  Just how would the Exchequer survive without the raft of taxes extracted from property ownership?