So I’ve decided to look for dirt cheap property deals.  And I mean “dirt cheap”.  I mean so dirt cheap, that dirt would probably be cheaper.

And so what better place to start my bargain hunting than looking for property at auction.

So I’ve been on eBay and I’ve found a load of bargain priced properties in Bulgaria.

I’ve found houses, farms, flats with free TV’s and fridge freezers, sea view apartments, barns for conversion, woodland, mountains and all manner of cheap, cheap property which could be bought with a click of a button and a little ping from PayPal.

But seriously, are people seriously buying property off eBay?

I, too, was tempted by this property which currently has a bid price of £620. 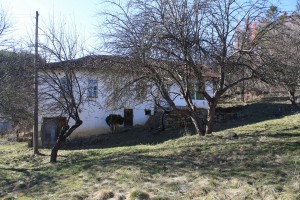 The property benefits from having a “river” and I get to hunt wild pigs for “some months” plus there are no gypsies.  Which, until now, I had not realised the benefit of.  And if that wasn’t enough, I can take comfort in the fact that “many rich people from Sofia own houses here for holidays and Brits and Hollands too”.  And, of course, there is an asphalt road.

All I have to do is press the “Place Bid” button and turn up in Bulgaria to claim my Wild Pig Hunting Home (for some months) with my passport and an extra 900 Leva (500 Euros) which I will give to the notary to cover the cost of the transfer and then I will become the owner of the property.  Conveniently, there is even a bus I can take from the airport.

Which really makes it too good an opportunity to miss: so I have added it to my “watchlist”.

Sadly, I have missed what appeared to be the very real Bulgarian property bargain of the week which has recently sold for the measly sum of £541.

Well, this “Bulgarian Old Rural House” has a built area of 65sqm on a plot size of 631sqm and is located just 90km to the Danube river, which I guess when you are in the middle of nowhere, may as well be located according to the nearest big geographic “attraction”. 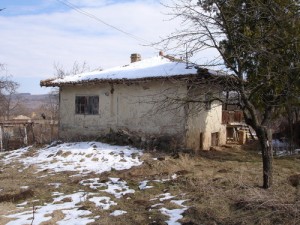 And I know the property looks a little ramshackle, however I do feel comforted by the vendor’s claims that:

Which says a lot.

Which is lucky, as if I manage to win the bid on the first property, I am not sure the bull will get on with the wild pigs.

And I don’t think this company is just selling the dirtiest or cheapest properties in Bulgaria because they say: “We start away from the cheapest poorest areas of Bulgaria we try to sell within 80 km to the Black sea we try to keep to the hot spot so when the market will take of again you would of all made a good profit”

Which is fabulous news – because when the market takes off again, I am going to make a killing and maybe even some sort of pseudo-sacrifice of the wild pigs.  And the bull.  If I ever found one.

And just in case I had any qualms about buying property off the internet, I feel confident in the knowledge the vendor says:

Which made me feel good….until I checked out their feedback score as a seller and saw that the majority of their feedback was based on selling “replica” bank notes from seemingly any currency and any denomination in the world (ahem!).

But really for me, the deal was really struck when I googled the place name to see whether there was a Wikipedia entry on it.  I felt I should know more; I should learn more about this place where properties can be bought for £541.

But what I have found is, I believe, concrete evidence of Raki drinking of the locals.  I am not convinced that such *thrusting* would be possible or even conceivable without even the tiniest of drops of the anise-flavored liquor.

Anybody fancy joining me on a hunt?