Recently, I’ve been posting a lot about the recession busting property deals you can find in the auction room…but never did I think this would apply to a celebrity house.  And when I say celebrity, I am not talking some Z lister has-been Coronation Street actor from the 1980s.

Albeit, I am talking about a dead celebrity.  Which is why Amy Winehouse’s house is on the market.  It’s being sold at a property auction by the Executors. 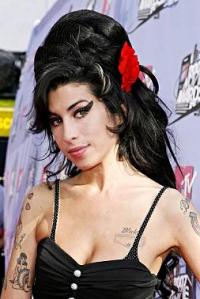 With a guide price of £1.8 million that may sound like a star-studded price – but in property terms – it’s £400k cheaper than comparable properties in the area and a stunning £900k discount than what the previous estate agents had it listed for.

So what of Amy Winehouse’s house? 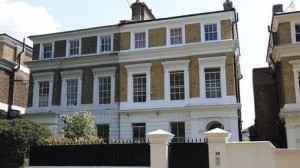 Even with a pre-arranged viewing appointment booked days beforehand, I was messed about like no other property viewing I have ever been on.

The 11am appointment where we were met by a smiley agent soon turned sour within 10 minutes as this security guy and that security guy were unable to let us in.  Then the appointment was to be for an hour later.  And so true to form, we found a pub to wile away the time and destroy our ear drums with the bombardment of the heavy metal death rush blasting out of the boozer’s stereo system.

And it was the “maybe” that really hacked me off.

And then they tried to convince me to go another day.

I was going to go ballistic, but I kept calm and informed them politely the security issue was none of my problem, but the fact they have failed to deliver my viewing as scheduled was their problem and I wanted it fixed.

So the viewing was re-arranged for 4.15pm later that day, and I went into town for lunch with friends.

A few minutes later and the auction guy turns up to escort me around the property – it’s a different guy from earlier and this one is clearly not having a good day.  I don’t know if I was in any way to blame for his mood, but the vibe was distinctly frosty.

So the viewing is quite a bit later than planned, with an atmosphere you could cut the proverbial knife through and me – the hopeful, excited potential buyer who can’t wait to get inside and view this bargain priced beauty.

Of course, given it was Amy Winehouse’s house I expected lavish, over the top – a real gem of a place to hold a raucous party.

I imagined to see a house which would match the glamour of Amy – I imagined I would see a house where you could clearly picture her tottering through the house on her high heels jiggling her puffed beehive hair and crooning her deep contralto vocals into her hairbrush.

I imagined to see a house which before-now would have been crammed full of celebrity friends and the site of the craziest parties known to man.

I imagined decadence and chandeliers which Blake Fielder-Civil and Amy used to swing from.

But aside from my imagination and the history of the house and all the fun and tears that went before, for a house of this grand stature and beauty, not forgetting the £1.8 million price tag, I imagined an interior which would shout impressive.  An interior which would make me tingle with temptation and be prepared to sell my mother’s bones for horse glue.

I wanted and was ready for PIZZAZZ.

And the effervescent bubbly-ness I was expecting to feel as I walked up the steps to the front door, popped as soon as I walked in.

Personally, it feels like the period glamour of the house has had it’s guts ripped out and thrown down the Camden canal.

The fact is the HUGE grandeur of the exterior doesn’t carry through to the interior.  It’s not *special* in the way a house of this stature should be.  To my mind, the only thing special about this house, is the fact Amy Winehouse lived and died here.

Maybe it was different in Amy’s day?

Maybe when she lived here the house felt like the grand house it should feel like.  Or maybe, this was her home, and this was how she wanted it to feel.

But, enough about what I think – I know you want the inside photos – so here you go: 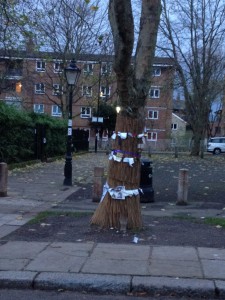 Inside the main security gates, there is a well tended and spacious front garden: 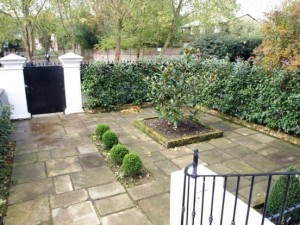 Upon entering the property you are met with fresh white walls, dark wood flooring and a sweeping staircase: 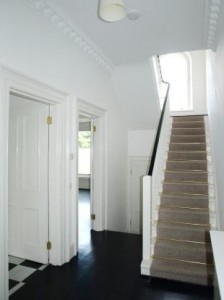 On the ground floor is a modern black finished kitchen with cream appliances and two SMEG fridge freezers which overlooks the front garden: 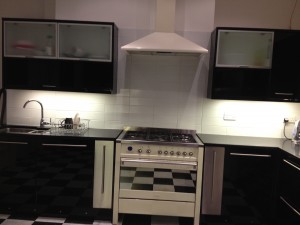 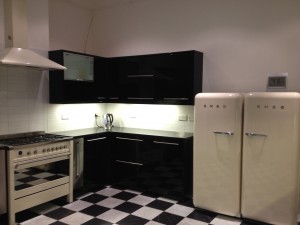 The lounge is to the rear overlooking the garden and is dominated by the feature fireplace: 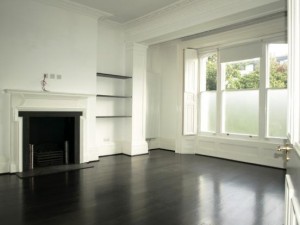 The large garden feels lacking in privacy due to the incongruous glass building which would appear to be a rear neighbour: 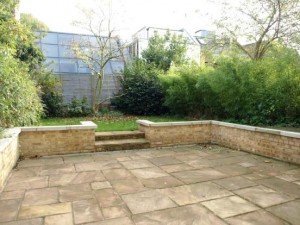 In the basement, there is a room arranged as a gym (overlooking the garden) 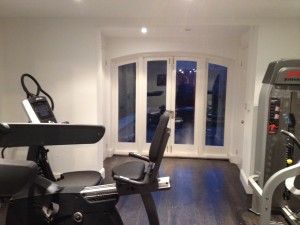 And next to the gym, in the basement, there is also a cosy, state of the art sound-proofed room: 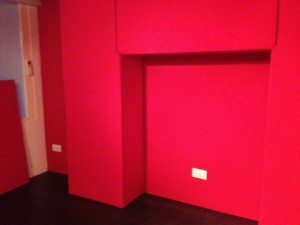 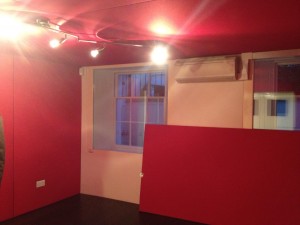 On the first floor there is a family shower room and two double bedrooms: 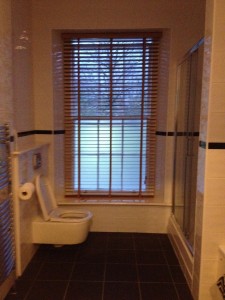 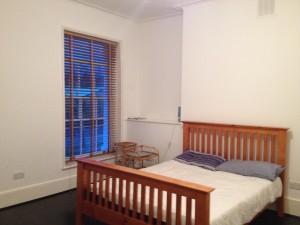 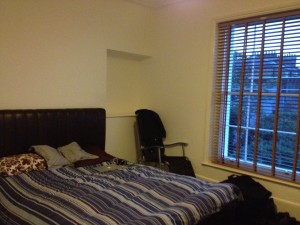 As you ascend to the top floor (second floor of the house).  There is a feature window overlooking the rear garden: 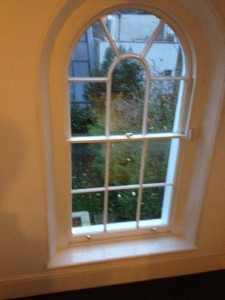 On the top floor of the property there is a huge master suite bedroom with a large en-suite bathroom with roll top bath.  Judging by the size of this room in comparison to the rest of the bedrooms, I can only assume this was Amy’s bedroom with en-suite 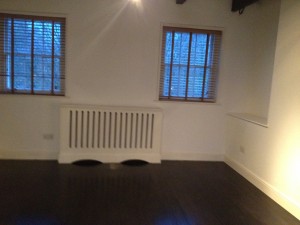 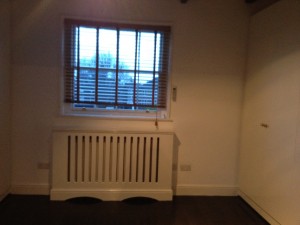 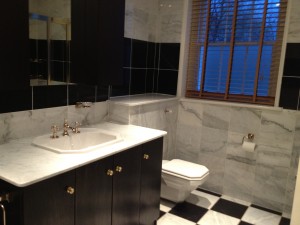 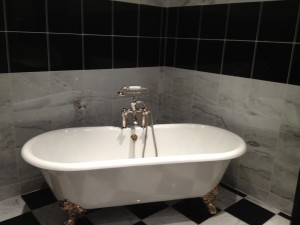 So now you’ve seen the photos inside for yourself – what do you think?