I haven’t blogged for a while as I have decided to take some time off – but you know property is addictive!

I still find myself poring over the auction catalogues and oohing and ahhing…and occasionally (OK at least once per day) calling an estate agent – but at least its at a slower pace than previously.

This means I have more time to indulge in normal stuff that other people do – like watch Homes Under The Hammer! And while I watch these property auction goers, I can live vicariously through people buying and selling at auction without me even having to get in my car and see the property or get my cheque book out or find out my tools to renovate the places!

So it was with great interest when I watched Homes Under The Hammer on Iplayer which was broadcast on BBC One at 10:00AM Fri, 27 Jan 2012 which featured a flat in Catford, London.  Watch here

I was hugely interested because I had viewed the flat and had wanted to buy it in 2010.  It was a lovely one bed flat on the top floor of a handsome period building and in pretty good condition.  Here are the photos I took: 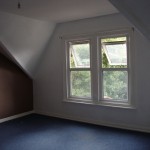 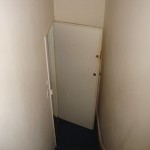 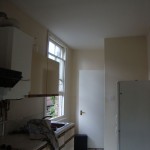 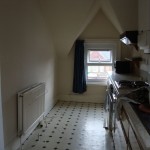 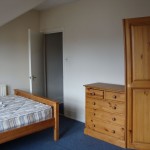 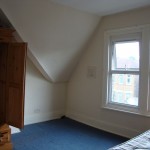 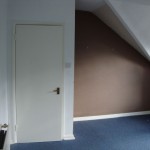 However, what put me off was the state of the communal areas and cracks in the walls. The whole building had a very uncared for feel and look and I was concerned what sort of bills may come in for the upkeep of the building.  I was also put off by the cars parked at the front of the building which had so many weeds growing under them I didn’t think they had moved for years. 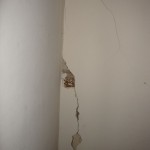 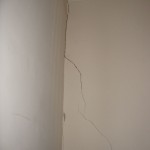 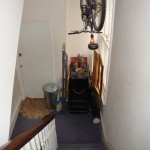 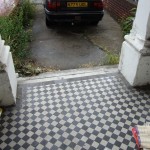 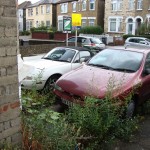 So anyway, having viewed the flat and given my concerns about the communal areas of the building and the general fabric I decided against it – plus it was being sold at Savills who are well known for pricing low just to get you in. I didn’t really expect the flat to sell anywhere near it’s £80k guide.

So imagine my surprise as I was watching Homes Under the Hammer and it shows the buyer picking up the Catford flat at the Savills auction for a steal at just £91k.  He does a good job with a new kitchen and bathroom and when the estate agents come round they proclaim the new value to be £150k.

“What” I shout at the television “Not a chance!”

I remembered I had done research on the flat and the end value of £150k sounded way over the top to me.

Incensed that I had passed on this bargain I had to do more research to see if I had under-valued the flat.  Scouring the land registry figures I saw the guy did sell the flat, but not for £150k – he sold it for £132,500.  Which to be fair is a good price given what he paid for it and the cost of the renovations.

Obviously I over-estimated how much the poor condition of the communal areas and the cracking of the building may put people off – the guy did well on this flat.  It didn’t need much work and he pulled a good profit margin on a small project.

Am I tempted back to property on account of this? Well the same episode of Homes Under The Hammer did feature a couple of developers who pulled off a stunning chapel conversion in Chelmsford with a much more attractive £400k profit!