It’s an ex-council flat – but it’s from the 1920’s so (in my opinion) it has more kerb appeal than the usual council suspects: 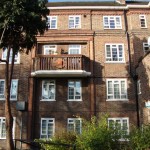 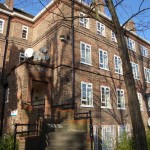 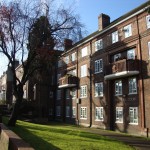 It’s located on a wide tree lined avenue a few minutes from the park, with a bus stop outside which takes just 37 minutes to Oxford Circus. When the East London line goes in next year it will be even quicker to get into town. 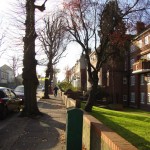 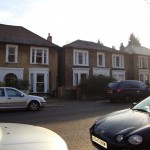 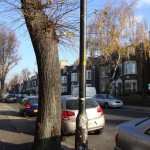 The communal hallways are rather utilitarian – but at least they are clean and the service charges are reasonable at £700 per year. The gardens are also well maintained, there is a bbq area and it has a nice feeling about it. 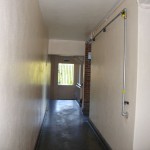 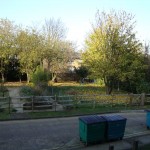 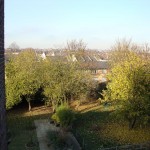 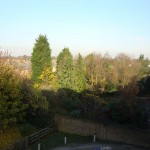 Inside, the flat has a good flow – there is a central hallway with all of the rooms coming off the main corridor. 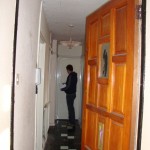 There is a good sized double bedroom with a built in wardrobe: 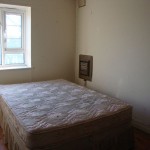 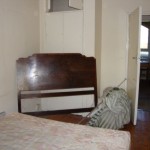 There is double glazing throughout the flat which looks to have been installed about 5 years ago: 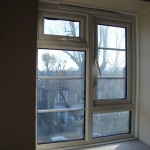 The lounge is a good size with 2 windows and a fireplace (although the retro look may not be to everyone’s taste! – and the cobwebs and dust everywhere just add to the good feeling 🙂 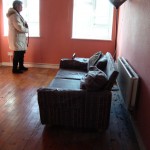 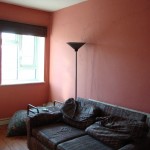 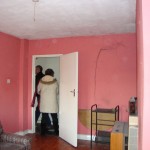 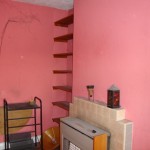 The bath and toilet are separate rooms and are full of dirt, dust and cobwebs…but I love them just the same!!! 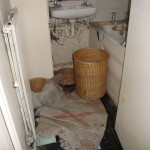 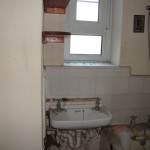 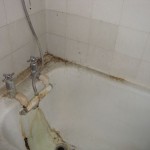 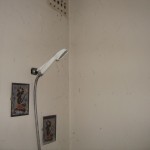 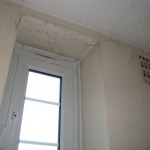 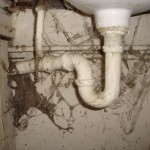 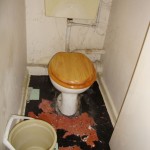 The kitchen is a good size for a 1 bed and can even fit a dining table in…(OK – maybe not this dining table – but you get a sense of room proportions!) 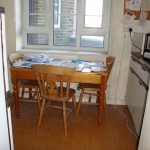 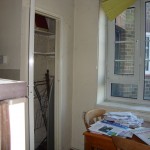 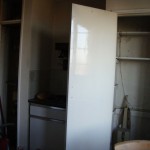 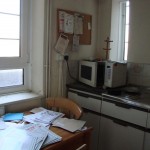 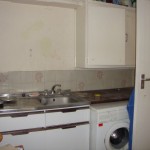 In my first viewing I fell in love! I loved the area and I loved the flat…but then I reckoned so did all the other people who viewed – there was a good number of people and I reckoned I didn’t have a chance of buying it at a good price. But after the most delicious home made pancakes, maple syrup and bacon at the local cafe my mind was made up – I had to bid!

And so because I had fallen for the area so much I decided that I would bid more and would take a lower profit – hell I may even just keep it and rent it.

I was so taken with the flat I made a pre-auction bid- the guide was £125k and so I offered £136,337. (Yes, a rather random number but one which I thought may make it look as though I had done some very clever mathematics!)

I was pretty sure I would not get the flat at the price I wanted and so I opted to do a telephone bid…but by this time had now decided I would bid up to £141,500k. Why the increase? I had done more research on the area and decided that it had such a good buzz around it I just had to pay more as I wanted the flat so badly.

The day of the auction arrives…I am SOOOO nervous. The guy who calls me for the telephone bid is the same guy I have dealt with who refused my pre-auction bid.

Eventually bidding starts at £115k and gradually creeps up to 120k where it seems to stick and the auctioneer is prompting me to bid if I want to buy it. Now, I prefer to wait until close to the end to bid, but I am worried I may lose my chance – and at this price is it really possible it is going to sell?!

And so I bid £121k…and then someone else bids and someone else and then it’s back to me and I get a bid in at £125k and then nobody else is bidding against me….and my heart is in my mouth. I am just standing still, desperately trying to listen down the phone as to what is happening in this London auction room….is this really happening? Am I really going to buy this at £125k….

And then the auctioneer says “Going Once” and I just stand there on the end of the phone, my heart thumping wildly desperately hoping that nobody else bids…”Going Twice” And I am going to have kittens…my pulse is racing and I am so close to getting this at the most unbelievably cheap price and this is not possibly going to happen…

“Going Third and Final Time – Sold to the telephone bidder”

And there I stood – the proud new owner of the most remarkable bargain in East Dulwich.  I cannot believe it….I was going to pay £141,500 for this flat I have just bought for £125k!