Today I took a day trip to the coast and went to Folkestone to see a former theatre. I haven’t been to Folkestone for years but was attracted by the look of the building and the low guide: 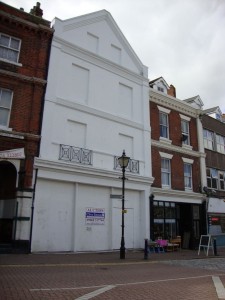 It was just off the centre of town and in an area which seemed to be “up-and-coming” – there were some nice independents, boutiques and a feeling that things may be improving. 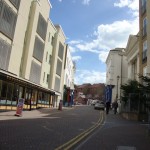 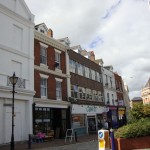 It was a huge building which had lapsed planning to be an indoor antiques centre and market.  While it doesn’t look so big from the front – you can really get a sense of scale from the rear…it just went on and on and on – and it was over 4 floors! (I have outlined in red the footprint of the building) 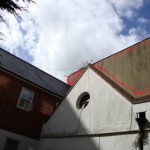 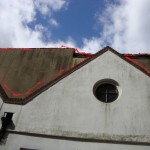 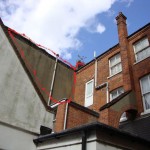 So I decided to speak to the bank manager about buying the project. I was thinking to keep the ground floor for retail (you never know I may even open another branch of Gorgeous Homes here!) and then converting the upper floors to residential. I had worked out we could get about 8 flats from the upper floors.

He dug out the file of a project where a client had done a similar conversion so that we could go through some figures….EEK! The conversion costs would be crippling and the end value would not support such a mammoth investment.